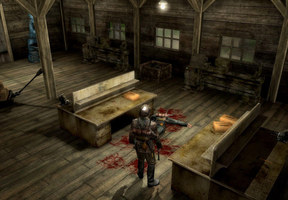 Smersh is Russian for “Death to Spies” and was the name of a set of counterintelligence agencies formed in the Soviet Army during World War II. Their mission was to secure the rear of the active Red Army by arresting traitors, deserters, spies and criminal cells. During the war these agents became the main force combating the German intelligence service. As captain of the 4th department of Smersh, it is your job to execute these operations in the heart of enemy territory. Be prepared to complete various tasks, including stealing important documents, eliminating enemy officers, kidnapping high-ranking officials, and sabotage enemy plans. 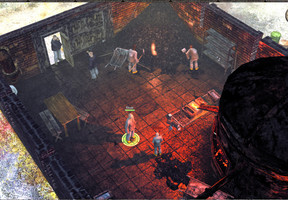 Planet Alcatraz is a 3D role playing game with isometric projection. The player travels through the game world and fights against enemies in the real-time mode. In a general sense Planet Alcatraz can be portrayed as a non-linear adventure with lots of shooting. Several genres are mixed in this game but despite that fact it isn’t stuck between them and appears to be a classical RPG that is based on a specially developed system.

The action takes place on prison planet Alcatraz. Its inhabitants are inveterate criminals that were banished there for the life term for their terrible crimes. The main objective of the game is to control a sabotage group that consists of the only one person in the beginning and enlarges through the game. The player has to use all sorts of resources and means to accomplish the mission. 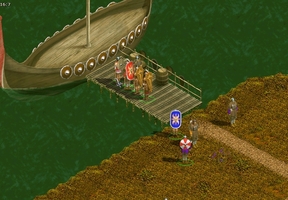 Konung 2 is a sequel to Konung: The Legend of North. According to the storyline Good and Evil traded places. The main hero that won a victory over the forces of Evil in the first part of the game has got under the influence of a very powerful magic artifact – Sovereign bracelet. The hero became the dark Master, the biggest threat for his land. His mind is completely controlled by the bracelet and he is trying to subdue all other magic artefacts.

Only six heroes, descendants of the Titans, can stop him. They must be fearless and very cautious. Their enemies are not only bloodthirsty monsters but Master’s warriors as well. Their task is hard but it’s the only way to save their land. 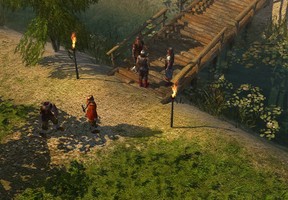 Konung 3: Ties of the Dynasty

Konung III is a RPG, based on the Scandinavian and Slavic mythology, the third game in the Konung series (Konung: Legends of the North and Konung 2: Blood of Titans). The new game brings the player back to the legendary Woodland – the unique and spacious fantasy land that combines parts of known history with classical myths of the Slavs, the Scandinavian and the Byzantine, as well as the legends of the Chronicles, including immortal heroes, magical artifacts and ancient sorcery world.

The Era of Titans, the almighty rulers of the Earth, has ended. Once glorious heroes and great Princes are gone for good. The hour of new heroes has come, when the throne of the Grand Principality became empty. Various valiant warriors and adventurers started their fight for the title, and only the legendary Champion Sword artifact can resolve their face-off. Get the artifact, become the Konung and write a new history of the Woodland! 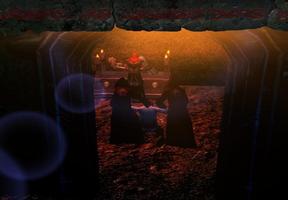 The well-known Action-RPG Dawn of Magic will now be continued as the evil forces won’t leave the world without a desperate struggle after the death of the monstrous immortal Modo.

Peace is ruined, the fragile balance of the forces that remained for 10 years has fallen into pieces. It is your task to save the world against the Legions of Shadows — and again, you do not have much time to accomplish your mission! Make comprehensive use of your magic abilities with more than 100 different spells and try do defend yourself not only with mighty wizardry, but as well with the pure power of steely blades.

Are you ready to start another risky journey to the labyrinths of The Other Worlds to stop the invasion of the Legions of Shadows in the Dawn of Magic? 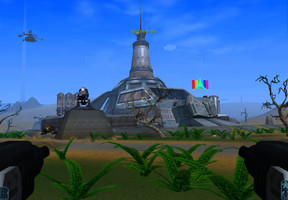 A.I.M. 2 is the sequel to the epic science fiction first-person action RPG developed by SkyRiver Studios. Its compelling story and unique look lift off exactly where the original ended.

New clans led by Mechminds of the Fifth Generation are powerful and well-organized formations with far-reaching plans. Powerful groups have different interests that often crossed, war broke out again. However this time it is the struggle not for mere control, this is struggle for survival. The clans want to eliminate the weaker ones standing in their way and will stop at nothing to dominate their enemies. To achieve their goals they use not only military means, but economic ones as well. As of now none of the clans has managed to achieve complete victory.