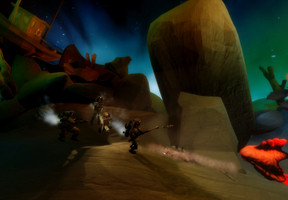 Tales from the Void

Travel back to a time of adventure, heroism and mystery as Edwin Albert Taylor Bragg, the British captain of the HMS E18 - on a secret mission to obliterate the Germans and win the war for the allies. When a secret weapon misfires, you and your crew are warped into space. Struggling for survival, you venture out into the asteroid field to scavenge resources and fight off hostile aliens. Food is scarce, air supply is low and time is running out. Can you escape the void and find a way home? 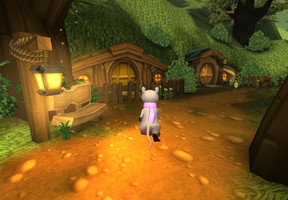 Puzzles Under The Hill

Puzzles Under The Hill features Pamela Possum taking a stroll to visit her best friend Sammy Squirrel. Along the way, Pamela collects shiny jewels unveiling wonderful jigsaw challenges, featuring beautiful imagery from the National Gallery of Art. Your task is to join the adventure through the forest, passing sweet little cottages, putting together increasingly complex jigsaw puzzles. To complete the quest, each puzzle must be completed, and only by reaching the end will the two friends come together. 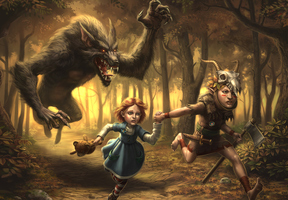 Magic duels are the way to solve any dispute in a kingdom conquered by the cruel witch and her minions. Every monster you encounter will challenge you, but the power of spells will help you destroy the enemy. Master and improve the destructive power of the spheres and you will become the most fearsome mage ever! Now is not the time for mercy. It’s time to eradicate the evil! 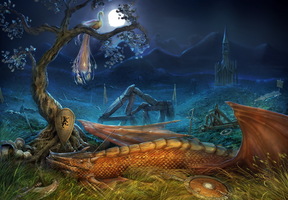 For as long as humanity existed, there has been an ancient order which prevented the dark forces from taking over the world. The order’s name might have changed as the centuries wore on, but its essence remained the same. They were called “guardians,” and our story is about the kids of one particular guardian. One day, fearing for their lives, he left his kids at the doorstep of an orphanage on the other side of the world. This is where our story begins… 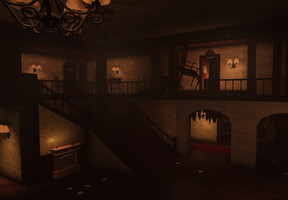 Wooden Floor is a first person adventure horror game inside an old house that seems normal but the further you progress into the game you start to realize that rooms change if you close a door behind you and whole corridors appear out of nowhere. Not being able to predict what is going to happen next or where you are heading for you need to make your way through the increasingly maze-like becoming house to find a way out of this bad dream that you just woke up into. The only thing that goes with you is the wooden floor underneath your feet. 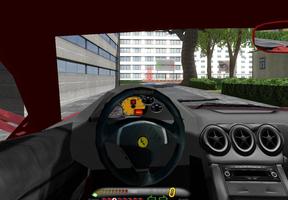 Safety Driving Simulator: Car is a driving simulator engaging and enjoyable that teaches the basics of driving immersing the player in a detailed and realistic urban environment. A tool widely used today by schools, government, driving-schools and health associations. Choose from a variety of cars, sedans and sport cars and different scenarios. If you ever wanted to know how driving under influence will effect sight and reaction – now you can experience it yourself. 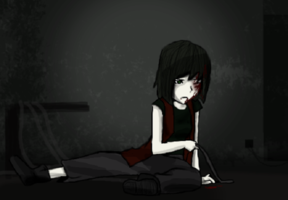 Vindictive Drive is a thriller/action game with cyberpunk elements.

The story follows Arris Fern, a 22 year old woman who is lost in her desire for revenge against her father, the president of the most powerful nation, for the assassination of her mother 12 years ago.

Completely consumed by hatred, Arris will make friends and strategic contacts to achieve her goal, however, some of them may become the toughest obstacles.

Her cold blooded rampage is interrupted by the sudden appearance of someone important, will this event affect her revenge? 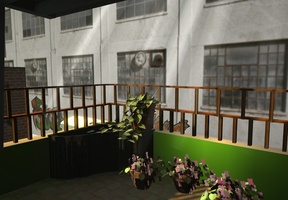 A 20-minute game about a dying man who is struggling with his diseases to see his loved one once more time again.

This game deals with depression issues and contain implicit handling of suicide.