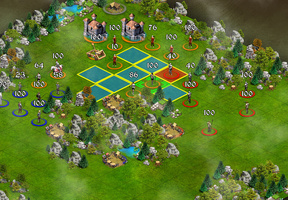 Medieval Battlefields Black Edition is a turn-based tactical game that takes you back to medieval Europe! Train your armies, build your castles and improve your war equipment! Crush your enemies, outsmart your opponents and dominate the Dark Ages! Dive into the chivalric but unforgiving period of human history and pit your stratagems and tactical skills against other players. Play with up to eight people online or claim your victory alone!

You can be a knight of the English Crown, a champion of the French Court or a fierce Viking marauder as you navigate the ever-changing theatre of war. Wrest lands from those unwise enough to cross your path and finance your continental conquest! Will your campaigns be the stuff of songs and legends as you march to triumph? Or will you buckle under the onslaught of your adversaries? History is written by the victors – make sure you’re not just a footnote. 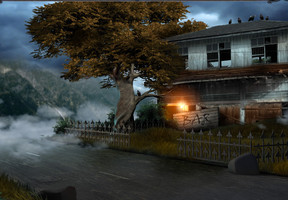 Your extraordinary gift is also your biggest curse. It is a burden you must bare. The ability to see things others cannot is an unbelievable challenge and responsibility. And evil never sleeps. Evil is never far away. He who has many names, has awakened again - hungry for victory and power. Can you past the test and prove you are the one who will defend mankind when judgment day comes?

But, remember, fear is your worst enemy! Never let him see your fear! He will use it against you and everything will be lost! Dive into an alternative dimension alive with ghosts and demons in Red Crow Mysteries: Legion- a dark and thrilling puzzle, adventure game! 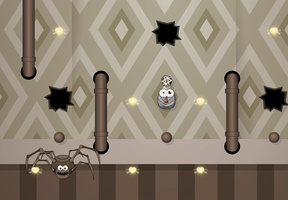 Fergus was caught by spiders and almost became their lunch. But he’s not giving up! Even being completely wrapped up in a web, our hero doesn’t lose courage, and continues moving, hanging on for his dear life!

Fergus isn’t the only one strayed in these gloomy rooms: a couple fireflies also couldn’t find an exit. Help Fergus pass all tests, save the fireflies and find a way out. 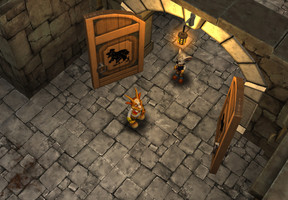 Friends always manage, because they stick together, no matter what. Five friends are walking through the ancient Castle Balthasar, that is embedded in Europa-Park, one of the largest theme parks in the world. They enjoyed a fabulous day together filled with stunning rollercoaster rides, spectacular shows and lots of fun. While having a break at Balthasar Castle they step on a hidden trap door and are falling into the underground of the castle. Below the castle they get lost in a mysterious maze of forgotten dungeons. They are all alone but they know they can escape only together. Watch out the “Nightgrabber” on the way out, that is trying to keep them in the dungeon and putting obstacles into their way. 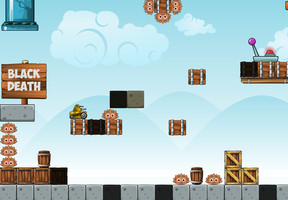 You have a jumping tank and you need to touch the lever and open the door. You will encounter with anti-tank hedgehogs and logical puzzles.Levels are divided into logical and not logical, but challenging enough. 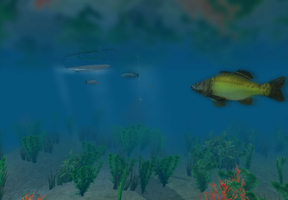 Do you want to relax by the water in beautiful nature? European Fishing allow you to go on a virtual fishing tour. Select appropriate equipment and jump on a motorboat to go to one of the five huge lakes in search of the perfect fishery. Remember that each fish has a favorite time and place of feeding, and proper selection of lures also increase your chances of successful catch. 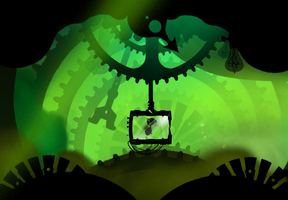 You are a master of time. You can set it to past, present and future. Use this power to help a mechanical bird complete its extremely important mission of collecting the knowledge about a mysterious green world. This is not an easy task, as the bird moves on its own, and you cannot stop it. Control time to activate and deactivate various mechanisms, to make sure the bird reaches the cage without dying.

The game features fifty carefully designed levels. You will need to make your way through a hostile world - the blades of windmills will slice the bird, pistons shall squash it and spiked gates are going to crush it. Control time to deactivate traps and activate the steam generators that will change your movement direction. Find one of many ways to the end of each level. Plan your route and show your reflex skills to get through the most difficult paths and gather all the gears. 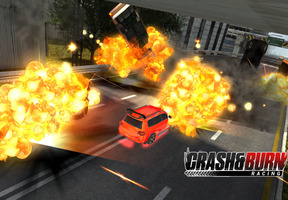 Crash and Burn Racing is a high impact racing game. You will be put behind the wheel of crazy vehicles that are fitted with over-the-top weaponry and power-ups such as a nitro chargers, bombs and homing missiles.

The sole purpose of the game is to create as much havoc as possible by taking out rivals and preferably causing a fair share of civilian casualties in the process. You get to drive in fast super cars, ambulances, fire trucks and even a heavily armoured school bus.

Each of the vehicles can be fully upgraded and customized to meet the driver’s destructive needs. With each successful takedown money is earned, which can be used to upgrade cars.