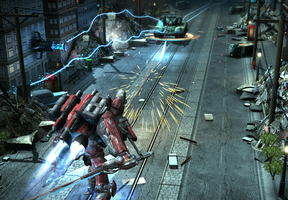 MechRunner is an endless action game that casts you as a powerful mech in stunning cinematic battles against a relentless robotic army.

On June 30th, 1908 a mysterious explosion took place over the Tunguska River in Siberia, Russia that wiped out trees and wildlife for over 800 square miles. To this day it remains the largest “impact event” in our planet’s recorded history. In the years that followed, dozens of scientific expeditions to the site attempted to explain the disaster but failed to come to any conclusions. In the mid-1940s however, a team of scientists from the Russian secret service visiting the site stumbled upon the wreckage of an alien spacecraft containing technology that far exceeded our own. In the years that followed, the KGB set to work harnessing this mysterious new power source and created a new secret weapons program - The Division of Advanced Weaponry or “O.S.O.” 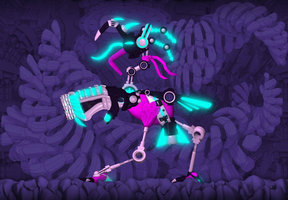 Featherpunk Prime is a vibrant and explosive twin-stick shooter-platformer, set in a neon-soaked mechanical world. You play as a badass Cyber-Flamingo with the agility and firepower to take down Cybirdroid, the evil corporation that has captured your fellow flamingos. A horde of avian warbots stand in your way, deploying a range of attacks and battle tactics to stop you. Make it past them, and the Guardians await; brutal boss fights that will throw as much destruction at you as possible. To reach the summit of the tower you’ll need to keep your claws on the move and finger on the trigger! 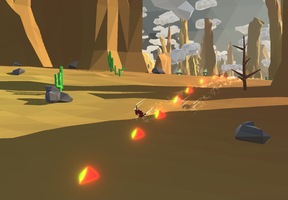 PolyRace is a fast-paced futuristic racing game with a procedural level generator. Choose between 4 different hovercrafts with each of them having its own physic properties and a unique sci-fi hull. Run on generated terrains shaped with valleys, hills and mountains, mixing long straight lines and narrow curves while paying attention to your shield. 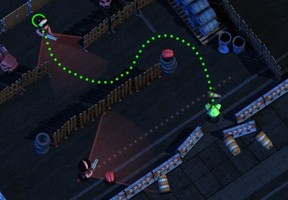 Plight of the Zombie

Try out this extremely tasteful puzzle game today! Be one with your inner zombie and help satisfy those hunger pains. You know what it’s like to be counting down the clock to lunchtime, absolutely craving a burger (or veggie burger), don’t you? Just imagine that feeling every day. And instead of burgers, you’re craving brains. It could happen, right? 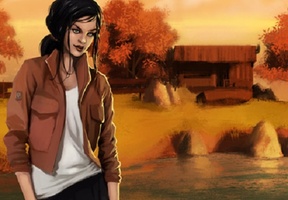 Stuck on this island, you have only one thing in your mind… Escape !

It’s time for you to uncover the secrets of your life. Fight what you created and accept its consequences. Are you ready to escape your past ?

In this new escape game, try to solve all the enigmas through several oneiric landscapes. Collect the three pieces of the letter to discover who you are. 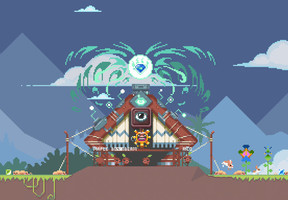 Become a Dwaal, a tiny agent of nature, and with the help of your community, care for the god tree known as the Kwaan : collect resources, sustain an entire ECOSYSTEM of flora and fauna, COLLABORATE and make friends with other members of the tribe… it’s up to you to establish a NATURAL EQUILIBRIUM and SAVE THE WORLD ! 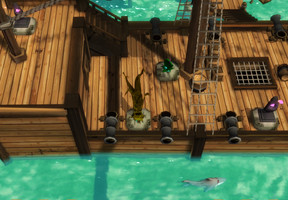 YRMINSUL is a strategy game in a persistent universe where each combat is held in the form of a Tower Defence. Crush the forces of good!

You love the frenzy of the tower defenses? Yrminsul is a fast paced tower defense in full 3D with a lot of content: +30 enemies, three types of enemy armies (Goblins, Monsters and Elves), 15 upgradable turrets, 16 spells and +30 levels with unique moods and design… 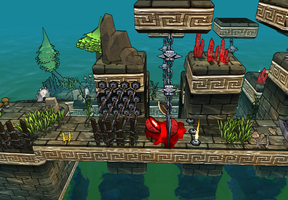 It is just a red tomato with a stupid hat. He tries to look like a cool tomb raider, rolling and jumping all over the maps. Help him find all the treasures in the mystic castle or watch him die…in many painful ways.

Tomato Jones 2 is a sequel of its greatly fun predecessor - “Tomato Jones” already available on Steam.

It is a physics-based puzzle/adventure game. It combines the classical gameplay of an RPG platformers with the skill driven game style of the ball rolling games. Your goal is to collect all coins and the hidden golden artefact at the end of each level, while avoiding various dangerous traps, obstacles and enemies. The game is crafted in the atmosphere of “Indiana Jones” movies, while trying to be as funny and humorous as it can be.