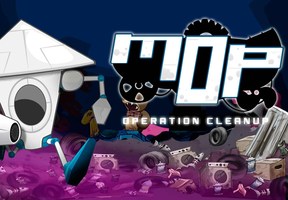 You are MOP, a curious and unique model of robot. You have been engineered using simple parts with one single objective: To clean up a polluted environment. Ordinary trash items have mutated into ugly creatures due to contact with radioactive and malignant substances. The foul odor is polluting and contaminating what remains. 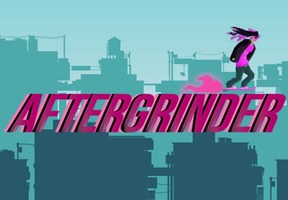 So you think you’re hardcore? You think you can handle an I’d-rather-rip-my-eyes-out-of-my-sockets challenge with one hand behind your back and enough caffeine to kill a bull? Prove it: Here’s AFTERGRINDER – a punishing arcade runner for the speed freaks and masochists among us. Pick a character, pick a level … and get ready to die. Unless you can survive 90 rage-inducing levels in 3 unforgiving worlds, that is. 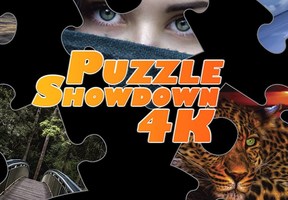 Puzzle Showdown 4K is a fun new way to build jigsaw puzzles. Play it casually in single player mode or with up to 4 friends locally in a puzzle building showdown. Includes over 100 Ultra HD puzzles, over 5 hours of music and a Showcase mode to listen and view all that wonderful content. 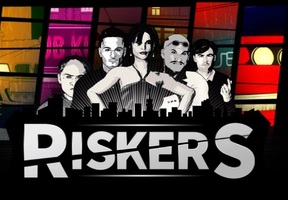 What would you do if you found a briefcase filled with money? In Riskers, garbage man Rick chooses to keep the money for himself – and becomes the target of powerful (and dangerous!) mobsters in the process. Help Rick stay alive as he races, shoots, fights – and even throws chairs! – in this top-down, open-world shooter. Want to keep breathing? Eliminate enemies efficiently and steal cars to stay one step ahead of your pursuers. With the freedom to progress straight through the main story or complete a variety of side missions, you can experience a life of crime in any way you see fit in Riskers. Think you have what it takes to survive? 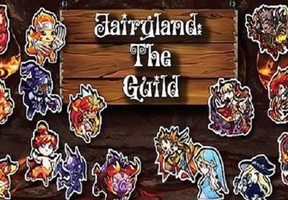 You probably can’t find anyone in the whole Empire who hasn’t heard about the Rukand Guild of Mercenaries. The Guild appears where people need strong, qualified soldiers. It is ready to provide you with a small personal army with sorcerers and knights in exchange for some money.

The invasion of Fairyland turned out to be a catastrophe for the Guild. The king expected he would pay for the services of the mercenaries from his future trophies. With his death, not only the strongest fighters were lost, but all hope of timely payment.

But not everything is lost. Once again, many illustrious mercenaries flock to the Guild’s banners to replenish their pockets with gold during the expedition to the Caves of the Elements. Now Fairyland will reimburse all its losses…

You will to defeat monsters that inhabit one of the Caves of Elements and get as much gold coins as possible. Eight of the strongest mercenaries of the Guild will help you.

Hire mercenaries, buy potions, scrolls, and equipment to collect as many coins as possible in the Caves of Elements and get the highest rank. 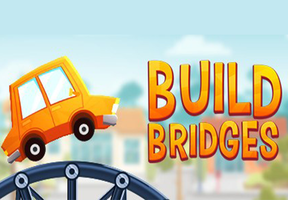 Have you ever thought of being an engineer and building awesome structures by yourself? Are you able to construct a really safe bridge? Let’s check it!

There are different types of building materials to construct. Your imagination is not limited, use as many materials as you need and then drive a police car to check how stable is your bridge.

But remember that if the bridge is not reliable, the car will fall down and crash! 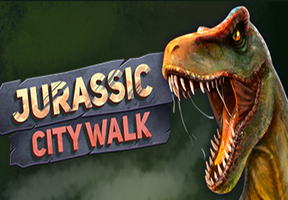 Dive into a new mind-blowing dino adventure! It takes place not in the Jurassic jungles, but in the very center of a huge Megapolis. A dinosaur is in rage and you’re free to help him let his anger out!

Angry dinosaur in the city is like a bull in the china shop - you might have already guessed what this game is about!

Control your dinosaur and try to destroy everything! Bridges, cars, and skyscrapers, the monster will crash it all! The more destruction you bring, the more points you get and the sooner you become the greatest destroyer! Complete all missions, leaving no stone unturned in the city.

But dangers lurk even the mightiest creature. The army tries to defend the city with the help of weapon and military hardware. So, beware of bullets and tanks. 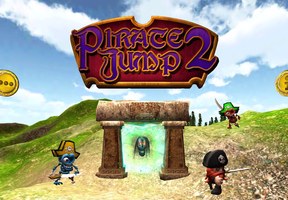 Yo ho ho, it’s a pirate’s life for me! Ahoy, Matey - you have stumbled across an island full of treasure ready to pillage and loot. The only problem is the treasure is protected by a skeleton pirate crew! Now you must collect the treasure while running, jumping, turning and ducking. Take what you can, give nothing back. Pirate Jump 2 is a classic runner game and includes 3 gameplay modes for the entire family to enjoy. See you in Davie Jones’ Locker! 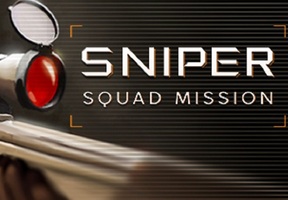 Not everyone who owns a sniper rifle can be called a sniper. And you are one of those who earned this title rightly. One of a militant countries needs your help to destroy enemy army bases. Arm with a rifle and start your missions. Be prepared that the enemy is aimed to the teeth too. 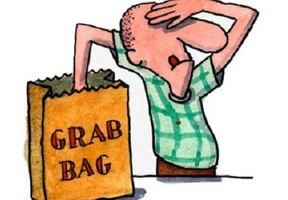