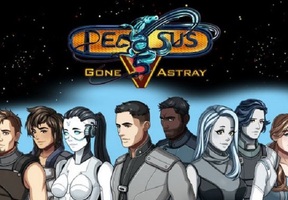 You are Edan Vargas, a new member aboard Pegasus-5 Trade Ship. The ship is set to make a pretty standard trade route with only a small detour to sell a special rare item. However, before long after departure, the crew wakes up to discover that many of the ship’s systems have been compromised and they are lost in space, unable to establish exactly where they are and how far they’ve gone off the course. Who aboard is responsible for this and why?

As the new guy aboard, you’ll have to build trust with your crewmates and develop friendships with them, for their loyalty can be very invaluable in what you are going to face. You may even build romantic relationships with some of them!

The journey ahead will be a harrowing one. You will make stops in unfamiliar locations, tackle environmental hazards, and get hunted by organized gangs operating in space. Apart from your crewmates, you also have your unique talents to help you out, and you will need to decide which of those talents to specialise in if you are to get through this in one piece. Your choices will affect how your teammates feel about you, how certain events will develop, and even who survives at the end!

Good luck, brave adventurer, and godspeed, for you will need it! 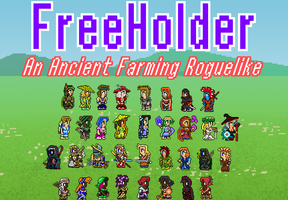 You and two comrades are escaped slaves who while fleeing Roman territory, stumble across a recently-raided farm, and although almost everything of value has been taken a small amount of wheat, a few tools and a couple silver denari might allow you to eke out a stealthy existence on the fringe of Roman lands. Unfortunately, you agree to run the farm together just as the Roman census-taker is knocking on the small home’s door.

Only slightly terrified of being found out, you are unable to convince the Roman that you are anything other than escaped slaves. However, this particular census taker is, ‘flexible’ and offers the fugitives a deal: if they run the farm and produce enough wheat to fulfill the wheat quota demanded by Rome, and toss a bribe on top for himself, they can go on running the farm instead of being sent back to face their master. With no other options, and no way out, you and your compatriots agree hastily.

This state of affairs does not have to last, however. A slave you may have been but you can choose to resist the Romans by stealth, subterfuge, or brute force, and by allying with the northern tribes. Or you can purchase freedom for yourself and your friends and buy your way into Roman high society. With ten different classes from agronomist to ranger, engineer, rancher, witch, and gladiator, with multiple different upgrade paths and special actions, you can play exactly the way you want to. 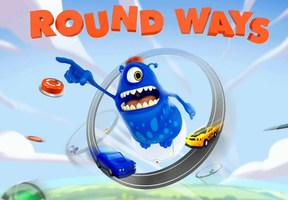 Young alien pilot Roundy is sent to Earth to abduct cars, but his mission is confidential and Roundy has no idea why he has to abduct cars.

Along with Roundy, you will uncover the truth about these mysterious car abductions as the story unveils.

GAMEPLAY Round Ways is a unique fast paced puzzle game with remarkable graphics. Your goal is to abduct cars by creating a convoy (or caravan) of cars without letting them crash. 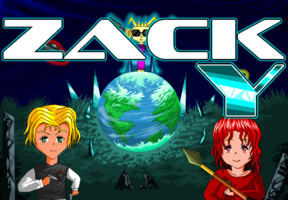 Zack Y, The General of Alien Armed Forces, vowed to curb military power of all the countries on The Earth and to create a new world with aliens and also by taking human beings as their slaves. The famous human scientists and robotics experts of Tethis Robot Manufacturing Plant managed to create some powerful bots and missiles to stop the aliens from invading the Earth. But it soon turned out to be futile. The war finally broke out which resulted in bloodshed and the struggle for existence of human beings on the Earth. Who will win in the end? 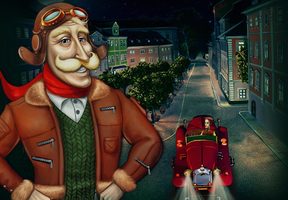 House of Snark 6-in-1 Bundle

Do you have what it takes to find the Snark, an elusive creature few people have seen and no one has caught? Are you brave enough to follow it through mirrors and into inside-out and upside-down worlds? Can you decipher the clues, solve the puzzles, and piece together the objects you need to track down your target? Join Kira Robertson as she escapes her father’s overprotective clutches and sets out to earn a place in the elite Snark Busters Club! 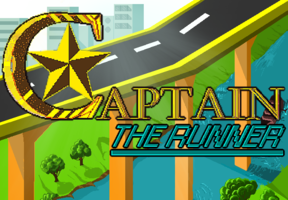 Captain The Runner is an endless runner game based on retro graphics, where the player must avoid colliding with the cars, buses, spaceships, water bodies and much more!

The Captain looted the people of the modern cities and finally attempted to escape the cities with all the stolen goods. But the angry residents of those cities used their cars to run over him in order to kill him for his misdeeds. Will Captain be able to avoid the cars and survive longer? 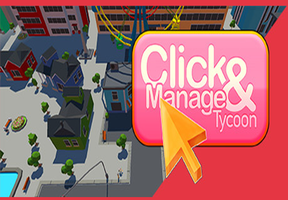 Click and Manage Tycoon is a clicker and management game! 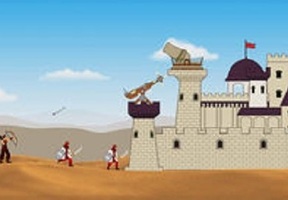 Type Defense brings a brand new approach to all typing games. You have to stop desert bandits by firing with your ballista. Everyone knows the best way of using a ballista is typing! And it supports multiple languages!

Each time you write a shown word, the ballista fires to an enemy. The enemies keep coming in waves and you have to write words fast. You can upgrade and repair your castle if it is damaged. There are also two powers which can help you when you are having an hard time.

Type Defense offers you a interesting approach for typing. You can either play it as a game or a fun way to practice typing. Type Defense will surely improve your writing skills. You have to write each word correctly if you want to shoot desert bandits. 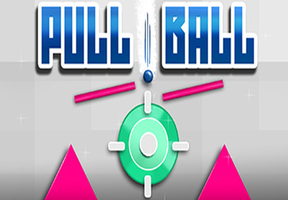 Score the ball while avoiding blocks, bouncing off walls, and using portals that get you through numerous obstacles. This addictive geometric mini golf game has 90 challenging levels and an infinite survival mode that will have you playing for hours.

It’s simple - all you need to do is shoot the ball to the center of the green target. Challenge yourself to get all three stars in each level and get more points for using the gray walls to bounce off them. The red blocks won’t let you through unless you use the portals. It’s all about precision, calculation, and getting a good shot! 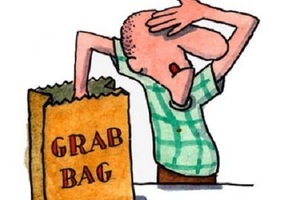