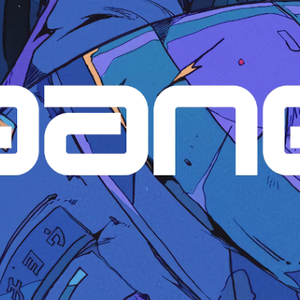 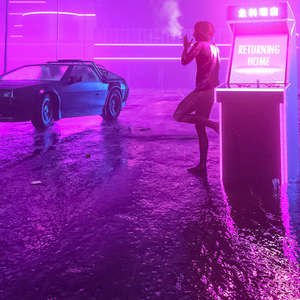 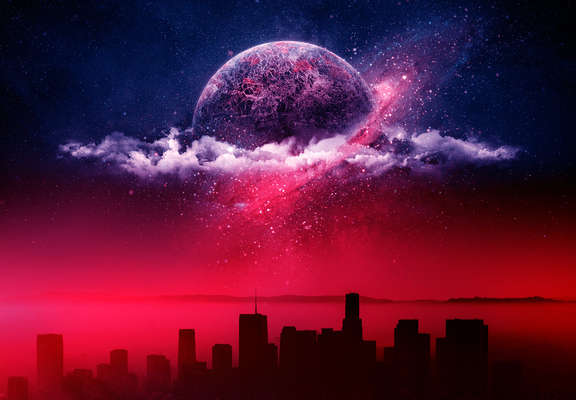 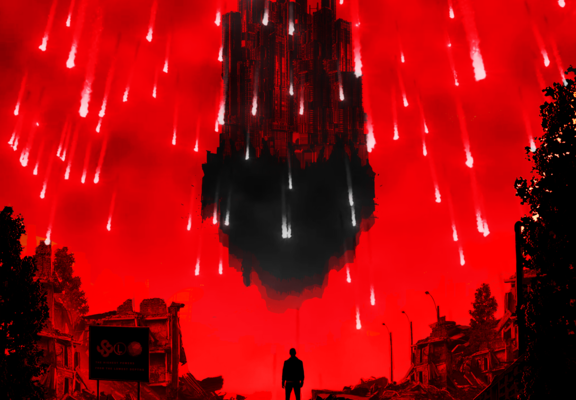 The Rapture is upon us. This end of days has been orchestrated by the highest powers from the lowest depths. Our order shall ascend the destruction, taking sanctuary in the mega-structures that have systematically replaced the temples of the past. We used to fear invading the heavens, but now it is aspirational to claw at the sky. In their desperation the masses return to us now, scrambling for the smallest morsel of redemption, admirable but foolish. Only the true believers of our order will survive the eternal reckoning. The Year is 1989, welcome to Occult 89…

Occult 89 is the final chapter in my ‘Occult’ series. The album is comprised of 11 instrumental tracks all with at least a small dose of sinister electronic flavour added to them. Based around a slightly twisted idea of ‘The Rapture’ i thought it would be a fitting end to the saga.

The final track ‘Eternal Deceiver’ is a fully reworked version of the track ‘Deceiver’ from Occult 86 - Ending the entire saga in a closed loop. 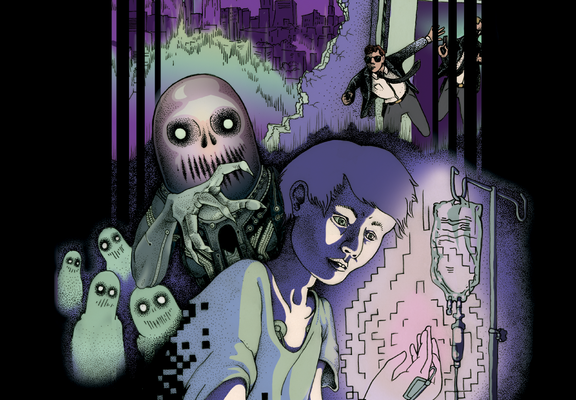 An accident left you hospitalized and alone. Zero chance of survival. An ideal candidate for an experimental cybernetic implant surgery. But there were unforeseen… complications.

Now, you’ll need to harness your newfound UPGRADE to battle the mysterious shadow corporation pursuing you.

It won’t be easy. Standing between you and freedom is an army of company agents and cybernetic nightmares. You’ll need to transform using technology to beat the odds.

But beware – even as you re-make your fate, you un-make yourself. 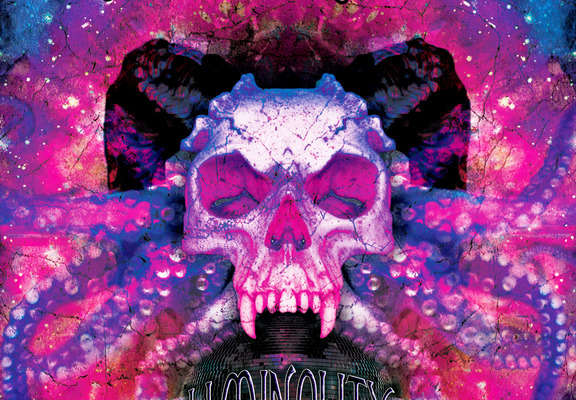 I’ve been telling people “wait until you hear the new shit” for over two years. Well I’m as sick of waiting as you are, so I’m releasing a little early. Today is the 50 year anniversary of the moon landing. Seemed appropriate somehow. Please enjoy. #cyberfunk

Thanks so much to everyone that has supported me over the years. Wouldn’t be here without you. I hope the album was worth the wait. I promise new music will come out more regularly from here on out. -Troy 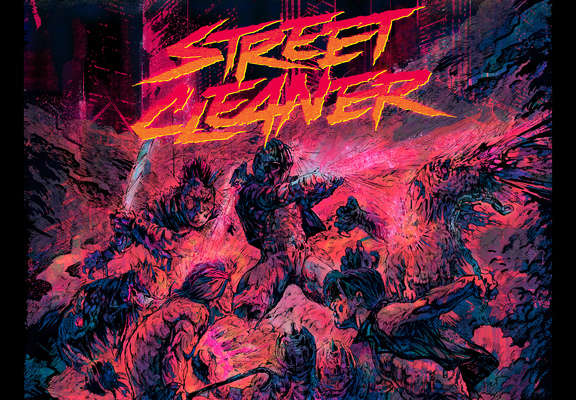 Out from the fog a hero returns, only… things are not the same. In Street Cleaner’s two year absence the city has festered into a putrid cesspool of crime. Thieves, murderers, and rapists run unchallenged. The remaining citizens stay blockaded within their homes. The police are outnumbered and powerless. But things are about to change. The Street Cleaner is back, and this time it’s Annihilation. 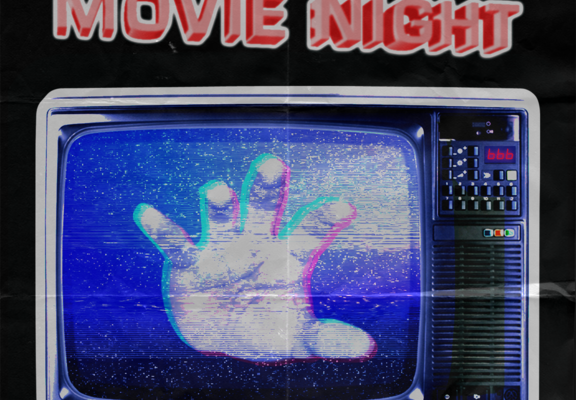 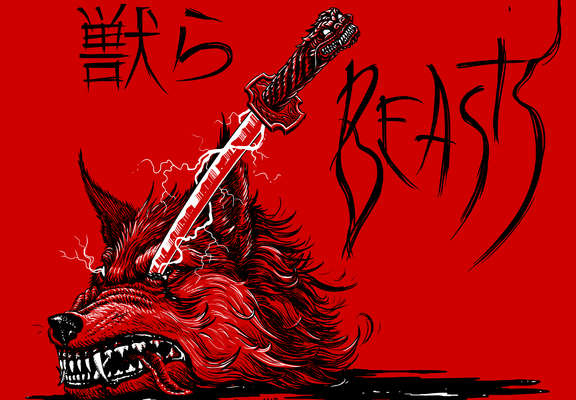 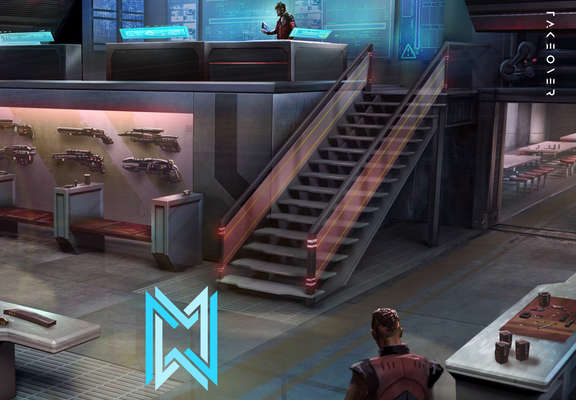 Seedy corporations and their overlords run this dystopian world. A small group of contractors, tactical knowledge, and a trusty cybernetic implant aid you in the one thing you were hired to accomplish…a hostile takeover. 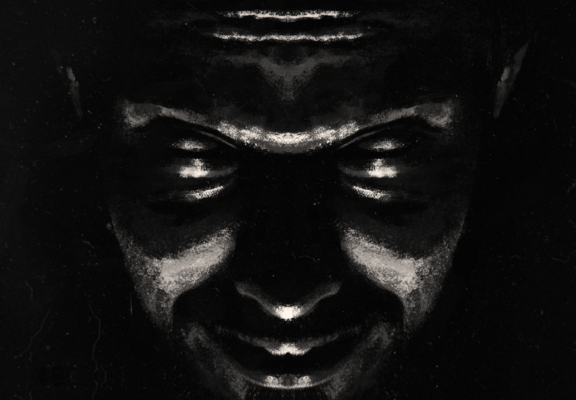 They Made Me An Animal

I have been feeling confused about my work since this patient came to our facilities. I have never faced a challenge like this man…

We know what he did, how many times he did it, the brutality on his actions but there is something inside of every conversation that I have with him that makes me feel like he is literally doing what he has to do in order to feel like society is not constantly fooling him so bad.

He was just one regular kid that did everything he could to avoid problems, but nothing worked, he is been constantly in situations full of physical and mental pain. I can even feel his pain, even though I always act as the professional psychiatrist I’m. I know how to fully block my feelings, but not this time… It is impossible to don’t empathize with him…

They turn this angel into a demon, you can see both sides fighting inside of him in form of personality disorder, chronic anxiety and outbursts of explosive rage.

VHS Glitch is a synthwave composer / graphic designer who was born due to a glitch on the last VHS in the world. “I’m here… It was a long trip but I’m here to save you all from the claws of the technology who try to ruin the good old days. I have traveled from the past inside of a VHS full of sci-fi, palms, super cars, drugs, hot girls, etc programmed to bring me to life to keep the 80’s alive. 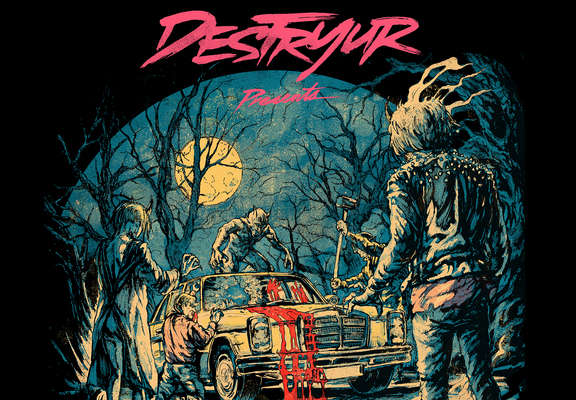 Life in the gutter of small town America was nothing new for Darrel Santiago, but after a brutal storm hits the sleepy beach town of Silver Lake, it’s once peaceful citizens transform into blood-thirsty maniacs! It is up to Darrel and his motley crew of ne’er-do-wells to get to the bottom of this phenomenon, and what they find is a hellish nightmare that they could never have imagined. Evil is at work in Silver Lake and it is literally tearing its inhabitants apart. Whatever you do…try not to PANIC! ____________________

In the summer of 1980, just outside of Staten Island’s scenic Silver Lake Park, a small team of ambitious, young filmmakers set out to make a motion picture that would be regarded as the most gruesome and controversial horror film of all time. Written, directed and scored by the aliased phenom, Destryur (“Endurance” 1976, “Midnight Maniac” 1979), “Panic” or “Panic! Curse of the Vile” became an overnight cult hit, portraying graphic images of demonic possession and grotesque imagery. It capitalized on the recent wave of public shock in the occult known as the “Satanic Panic”. Shot in the course of only two weeks on 8mm film and a shoestring budget, the picture plunged Destryur into the realm of amateur cult film-making and a notable director/composer in genre cinema. The film also featured guitar slinging celebrity Dominick Martes of rock and roll supergroup Wild Street in the lead roll as street-wise punker, Darrel “Grimer” Santiago along with Cobra Wipeout as cinematographer, supporting actor and fledgeling composer. We’re still not sure what his actual name is. Cobra was currently working with Gold Line Pictures, a studio specializing in B-Horror and mob-funded exploitation films such as “Murder of Crows” 1974 and “Swamp Thing” 1979. Destryur also enlisted the writing talents of another aliased master of the subversive. Prestigious science-fiction-horror writer, artist and composer STRNGR (“The Skurge” 1968, “Mass” 1973) who had recently returned to the states from Italy after finding success in the European horror movie market. “Panic” went international only three months after it’s initial screening at Tales of Terror Film Exhibition in Greenwich Village where it received a notable tip-of-the-hat from some of horror cinema’s most celebrated film makers. The film was almost immediately boycotted throughout Europe. A violent protest broke out at a midnight screening in Istanbul resulting in the entire theater burning to the ground. Meanwhile, in the states, outrage escalated with various public interest groups demanding that the film either be removed from theaters or undergo strict censorship. However, even after the studio’s agreement to censor, picketing continued and threats from many religious organizations overwhelmed the Film Board. On October 1, 1980, “Panic” was officially pulled from every theater. Some say this marked the end for Destryur’s career. Some say it was only the beginning. Today, you can find Destryur at a monthly midnight showing of the film at St. Vitus Cinema in Greenpoint, Brooklyn hosted by Sam Valentine.

Special thanks to everyone involved in the production of this album and you for buying it. A big thank you to Sam Valentine for pushing me to make new music to play live. I hope you genuinely enjoy this album just as much as I’ve enjoyed making it.

Out from the fog a hero returns, only… things are not the same. In Street Cleaner’s two year absence the city has festered into a putrid cesspool of crime. Thieves, murderers, and rapists run unchallenged. The remaining citizens stay blockaded within their homes. The police are outnumbered and powerless. But things are about to change. The Street Cleaner is back, and this time it’s Annihilation.