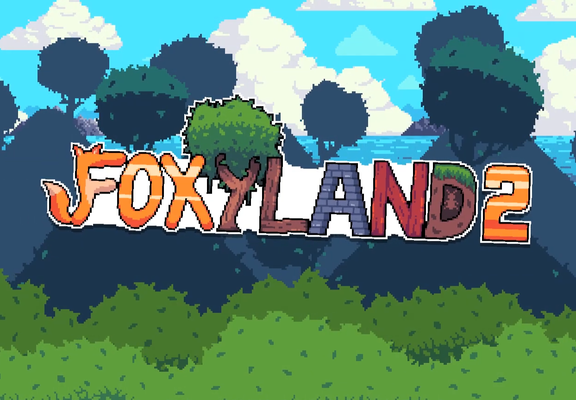 Foxy bought a house with Jenny and the little foxes, Tim and Cindy. All was well until the evil Duke and his brother Jax attacked and trashed everything in it… kidnapped the little foxes! Foxy and Jenny are now forced to go on a dangerous and exciting adventure around the island to prevent the Wolfie Brothers to carry out their insidious and evil plan.

The brave Foxy can not do this alone! Play together with a friend to collect as many coins and cherries on the way to the final battle with the Wolfie brothers. Explore new lands, defeat enemies, bypass cunning traps and meet new inhabitants of the colorful world FoxyLand 2! 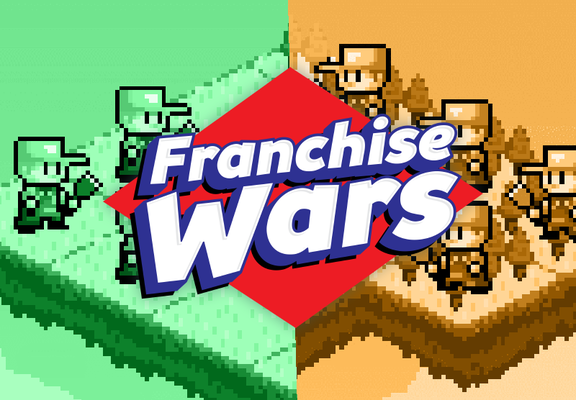 The year is 20XX. Two franchises engage in an all-out war to dominate the food industry.

Play as Frog Pop, one of the last franchises left.

Control various units in a turn-based isometric puzzle strategy game, where each unit has a unique gameplay mechanic! Push your enemies off a cliff with your adoring Fans, ram into a Fry Cook with your Taco Truck, or snipe them from afar with a T-Shirt Cannon! Solve 26 levels cleverly designed to make it easier for the very smart AI to win! Pixel art and music inspired by the good ol’ days of GBA games.

Franchise Wars is a puzzle-strategy game, or puzzegy game, developed by the good folks at Jolly Crouton Media and Tiny Warrior Games. The game was made game-jam style in one month filled to the brim with passionate pixel pushing and code cobblin’. 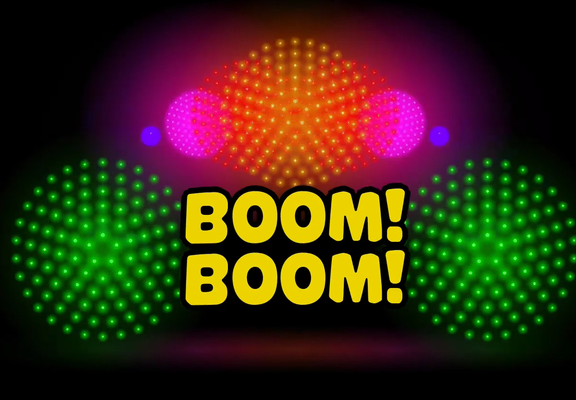 “Boom! Boom!” is a chill puzzle arcade fireworks game.Based on your aim, destroy rockets and see colorful explosions. Earn points and ribbons to unlock new levels. Watch the crowd grow and acclaim yourself.

Let’s blow rockets! Create explosions by destroying rockets.Launch automated geysers to add style. Do combos to increase the “Boom! Boom!” gauge. And when it’s time to unleash the “Boom! Boom!” power, blow everything for a mega combo! 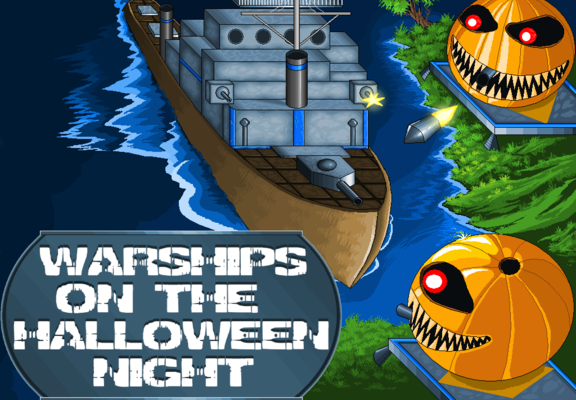 Warships On The Halloween Night

Warships On The Halloween Night is an extreme Top Down Arcade Shooter game based on the naval war which broke out between the Human beings and the Living Pumpkins.

During the early 2000s, the living pumpkins were spotted for the first time in the forest of North Carolina. There were many conspiracy theories regarding the mysterious appearance of the Living Pumpkins also known by the name ‘Pumpkin Man’ or ‘Pumpkin bots’. It was assumed that these Pumpkin Bots were some sort of extraterrestrial beings who appeared for the very first time during the Halloween Night. However, they were secretly building their underground military base somewhere in the US. It was reported that they were building modern warships and turrets in secrecy. As soon as the US Government came to know about that secret underground base the US navy had been instructed to take a deep dive into the matter. In 2018, some of the US battleships were attacked by a few Pumpkin Head battleships which resulted in the war breaking out between the US military forces and the Pumpkin Bots. On the Halloween Night, the US Navy launched the modern warship called “USS Special” to destroy the Pumpkin secret bases, battleships, turrets and the bots to reinstate peace in the world.

Who will win in the end? 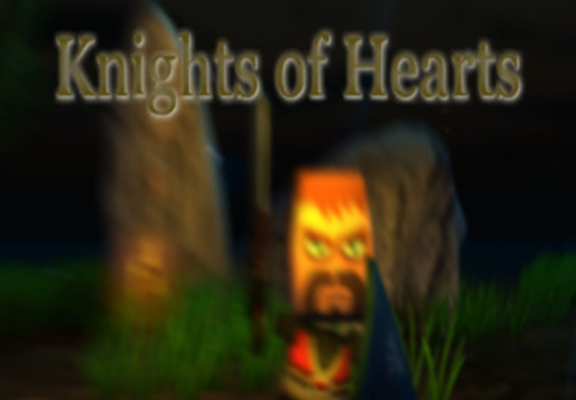 In one small kingdom, yes, there were little knights. And the kingdom had many enemies. Including the walking dead … Create your own character. On the choice you have a magician, a barbarian and a knight. And go hack to pieces these small but funny corpses. Cultivate the power of impact and special attacks by gaining experience points for killing enemies and completing quests. Fight against zombie leaders in dark mines. 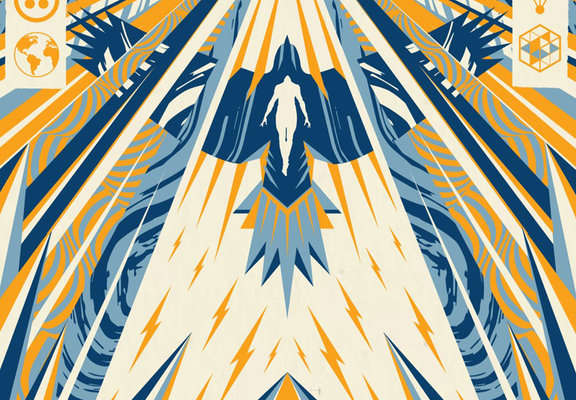 Since forming in Atlanta over a decade ago, instrumental electronic rock band STS9 has experienced a meteoric rise to the forefront of the international music scene. Consistently ranked among Pollstar Magazine’s list of top-grossing touring acts, STS9 continues to average over 5,000 tickets per city, boasting a genre defying list of opening acts along the way such as Snoop Dogg, Ghostland Observatory, Bassnectar, Thievery Corporation, Pretty Lights, Big Boi of Outkast and countless others. The band’s most recent tour has seen the band sell out multiple nights at The Fillmore Auditorium in Denver, the Fox Theatre in Oakland, Chicago’s Congress Theater and a mid summer sold out performance at the legendary Red Rocks Amphitheatre in Morrison, Colorado. 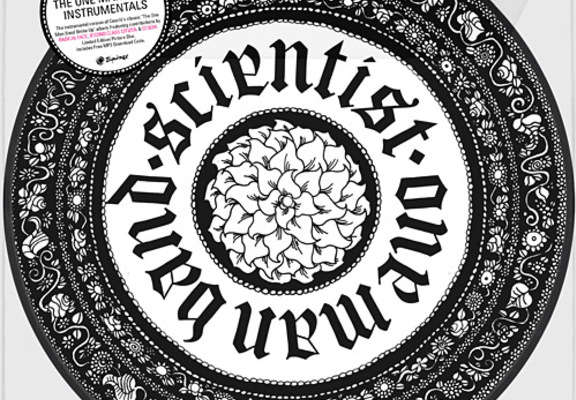 The One Man Band Instrumentals

Ceschi’s album “The One Man Band Broke Up”, entirely produced by DJ Scientist, was released in June 2010 and immediately became a success on the independent market. Many magazines and fans already designated it “album of the year”, Okayplayer called it “a significant piece of art”, giving it 89 of 100 points, while URB mag even stated it is „one of the best conceptual hip hop records to drop in the past decade“.

Aside from Ceschi’s incredible lyrical talent, many reviewers honorably mentioned the beautifully arranged and detailed production work backing the vocals, recognizing it as a major force behind the success of the album. On the instrumental version of “The One Man Band Broke Up”, that is now released as a beautiful limited vinyl picture disc on Equinox Records, one can hear how meticulously those songs have been put together and arranged, and how all tracks, alongside sundry interludes and vocal samples, result in a new and one of a kind album that is equally as entertaining, bright and powerful as any Blockhead or RJD2 release. With cinematic drums, a large variety of sounds and samples as well as chopped live instruments, main tracks like “Half Mast”, “No New York” and “Hangman” stand out with hard hitting beats while the more mellow and folky tunes like “Bad Jokes” or “Long Live The Short Lived” give the album the smooth melancholy bliss Scientist is known for.

Without even trying, “The One Man Band Instrumentals” by DJ Scientist could possibly be one of the best organic sounding instrumental hip hop releases this year.

Spanning a musical career of more than 20 years, DJ Scientist from Berlin has become an important figure in the German Hip-Hop and Rare Groove music scene. Aside from his own projects, such as the two solo albums “For Better, For Worse” and “The One Man Band Instrumentals” as well as “The Soviet Tape” album together with French Electronic producer Fulgeance, he has produced and co-produced several LPs, EPs and singles for other musicians. Additionally, the fanatic record collector released mixes ranging from obscure Xian Funk to Soviet Grooves which brought him attention as DJ and musicologist.  Starting his DJ-career in 1995 and dropping mixtapes to spread his name in his home town of Munich, he put out his first record in 2001 – a dj tool called “Mad Science Breaks”. One year later, the “Misantropolis EP”, mainly produced by Scientist, was released on Audiac. From 2002 to 2013, he put his main effort into his own label Equinox Records were he has been curating and coordinating a vast amount of more than 50 releases. Alongside sampler contributions and remixes, his “Journey Goodbye” solo EP was part of the Equinox 10inch Series in 2006. From late 2007 until 2010, DJ Scientist recorded music with rapper/multi-instrumentalist/singer Ceschi Ramos (Fake Four Inc.). Releases included the singles “Same Old Love Song” (2009, with 2Mex, Awol One & Myka Nyne) and “Count On It / Bad Jokes” (2008) as well as the now classic album, “The One Man Band Broke Up” in June 2010. The same year, an instrumental version of the album with Ceschi was released under the name “The One Man Band Instrumentals”, which became Scientist’s first full-length solo work. In 2011, Ceschi and Scientist dropped another EP called “Shorted Circuits” and continued working on new music. With “The Artless Cuckoo EP”, that came out in early 2012, Scientist put focus on his solo works again and released his album “For Better, For Worse” in October 2012. In 2013, he started a new project together with French beatmaker Fulgeance called “The Soviet Tape”. The first single “Moscow Nightlife” was released in October 2014, followed by the full length album in February 2015 on the British label First Word, which featured artists like Blu and Open Mike Eagle. In 2016, DJ Scientist founded a new label called The Artless Cuckoo to release rare and collectible music from the 1970s and 1980s out of the Funk, Jazz and Rock spectrum. On its sister label Boogie On The Mainline he compiled and released “Boogie On The Mainline – A Collection Of Rare Disco, Funk And Boogie From Germany 1980-1987” in 2018 which was accompanied by a dj mix called “German Boogie Essentials”. 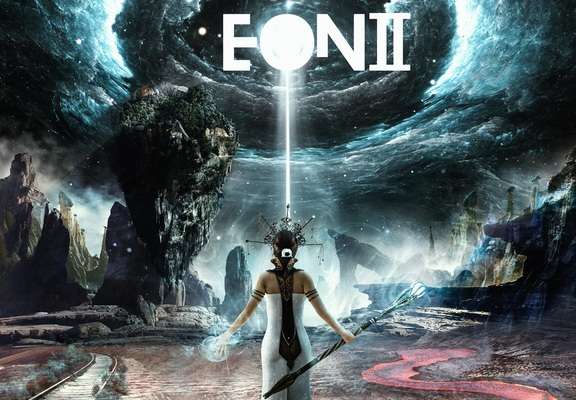 Atom Music Audio is a premium music production company based in Bulgaria, specialising in music for motion picture and entertainment advertisement. Launched in the summer of 2016, Atom Music Audio has achieved a high profile since confirming our first placement in SOLO: A Star Wars Story. We capture the thrilling cinematic sound, drives an epic music feel and turn the motion pictures into life. 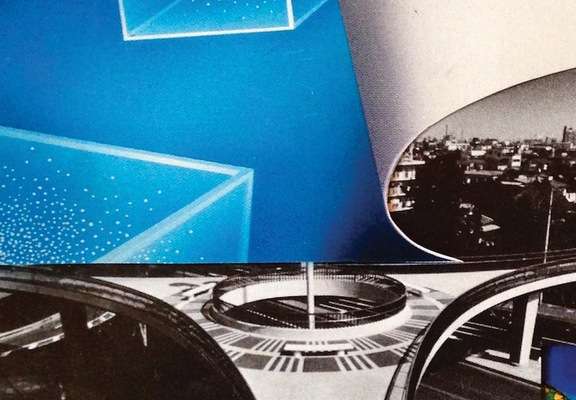 “I marvel at the scope and depth of Pulse Emitter’s solo synth performances. Daryl Groetsch stuffs each of his sessions to bursting with intricately interlocked leads, glistening analog textures, and slowly evolving harmonic structures. His work bridges the gap between deliberate kosmiche arrangements and ecstatic improvisation, and remains the drone/noise underground’s most vibrant connection to the New Age movement of the previous century. As with any Pulse Emitter release, I listen to Equinox and emit four or five audible “Ooooooh”s per track.” –Tiny Mix Tapes 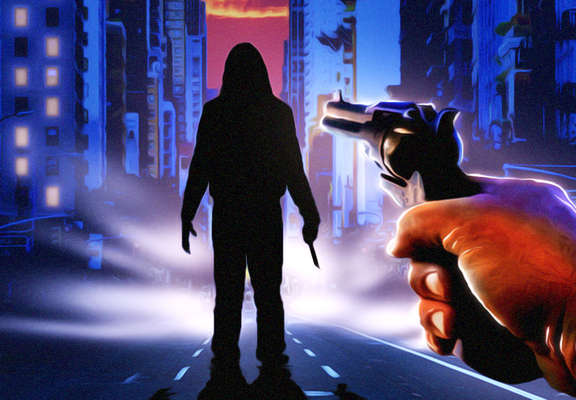 Det. O’Connor, a hard boiled cop from the NYPD is challenged by a mysterious serial killer named “the executioner”. 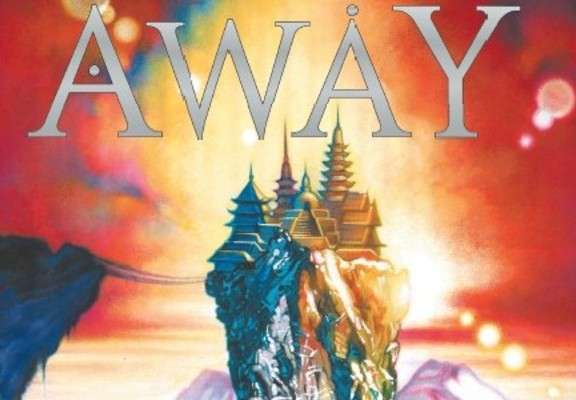 A man with an incredible mission. Travelling time & space, he must sacrifice all he holds dear, over & over again to save his world. 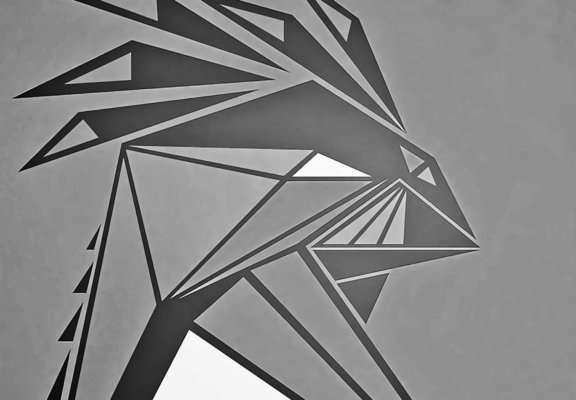