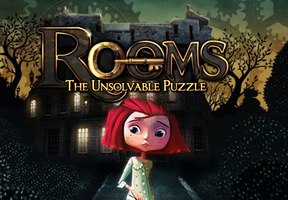 Rooms: The Unsolvable Puzzle is a unique puzzle game inspired by sliding puzzle and platformer games. In a twisted mansion made of rooms that slide like puzzle pieces, player should find a way to the exit by moving rooms and using what’s inside them. As the player explores the mansion, various gadgets are introduced and make the puzzles more tricky and challenging.

Set in a fairy tale-like world full of magical objects and spooky stories, player takes a role of an innocent little girl, Anne, who was accidentally trapped in the mansion. As the story unfolds itself, player goes through the dark legend of the twisted mansion. 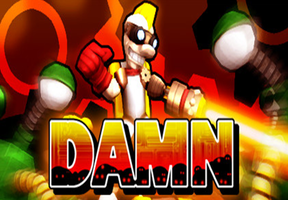 DAMN the machines! DAMN the machines! Nobody knows who put a virus in the Lab.34 LAN, but now the smartest robots produced in the lab have started an uprising against their creators! Scientists and technicians are trapped inside and surely face certain death, can you help them?

Play through more than 20 missions, each with different objectives. Use a variety of weapons like the Shotgun, Flamethrower, Redirect Laser, Chain Gun, Mine Layer and more and defeat a multitude of enemies! Take on the Arena levels and blast your way to the top spot on the leaderboards! DAMN! has an ‘easy to learn, hard to master’ play style for maximum mindless fun! 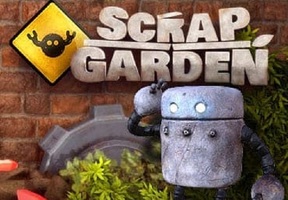 Scrap Garden is a charming puzzle platformer about the adventures of Canny, a lonely robot, who awakens in a post-apocalyptic world to find all other robots shut down and seized up. What happened to the City? Why did all robots stop moving? Did anyone survive except him? Little rusty Canny has to do all he can to find answers to these questions… and try to fix it all. 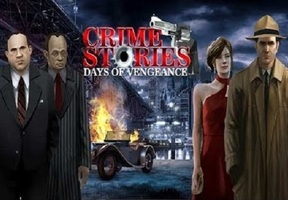 When John joined the police department, his future looked bright. He had a loving family, a promising career, and a moral code that prevented him from compromising with criminals.

But while John’s conscience kept him on an honest path, it also made him powerful enemies. A Mafia boss named Costello went after John’s family, and his life changed forever.

Now, on the brink of despair and hungry for revenge, John sets out to stop Costello once and for all. To do that, he’ll take down Costello’s associates one by one, along with anyone else who gets in his way.

Can John free the city from the Mafia’s grip? Will he avenge his family? Help him as he searches for clues, investigates crimes, and fights the diabolical criminals who hold the city in thrall. 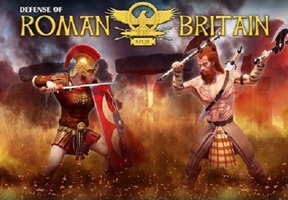 It has been more than 10 years since the first Roman legions landed in Britannia. Celts and Brits tried to resist but the Roman army was stronger. Most of Britannia’s territory has been captured but the war continues. You, as a young Roman patrician, will take part in the suppression of rebellious tribes. This will not be easy because the tribes are led by Caracatus and Druids!

You will take a part in a whirlwind of battles and intrigues:

Prosperity of Roman Empire and Emperor’s life depends of you. 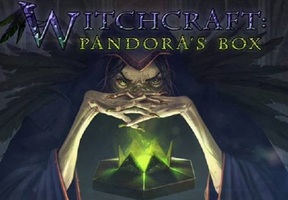 The Witch-Crow kidnapped your daughter! You will have to strain every nerve to defeat the terrible creature.

Discover your magic powers and fight the Witch with her own weapon. Will you be ale to find your daughter in the parallel reality, will you manage to avoid all the traps and unlock all the tricky locks? Full length description (unabridged)

The Witch-Crow kidnapped your daughter with a help of the Pandora痴 Box! Follow her to the parallel world where extraordinary and magic creatures are waiting for your help because the Witch has seized this world long time ago and is ruling it with extreme atrocity. Discover your magic powers and fight the Witch with her own weapon. You will have to strain every nerve to defeat her. 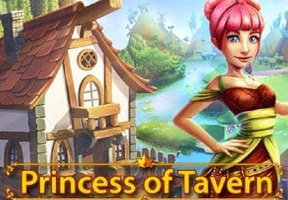 Walking along a wooded path, Mary and her dragon Tobby notice three gunmen trying to extort a ticket to the royal ball from the Prince. Mary and Tobby quickly drive the robbers away. Amazed at Mary’s beauty and bravery, the Prince makes her the owner of a small diner on the edge of his kingdom. Hoping to see her again, the Prince invites Mary to the royal ball and gives her his part of the ticket.

Mary begins a new job, dreaming of getting to the royal ball as soon as possible. 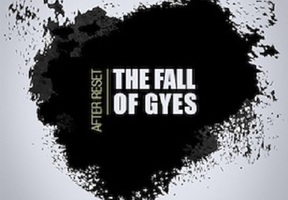 The Fall of Gyes is a sci-fi visual novel from After Reset™ series with stunning cinematic quality and an intriguing story inspired by classic sci-fi horror films of Ridley Scott. If you like The Thing, Aliens or Prometheus movies with a claustrophobic atmosphere where no one knows exactly what is happening or who the enemy is until disaster strikes - then our kinetic novel is right for you. 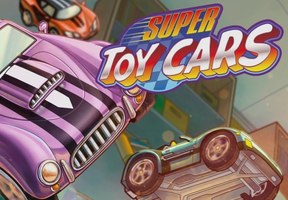 Super Toy Cars is a tabletop arcade combat racing game featuring fast and cool looking cars, impressive tracks made of everyday objects and a bunch of power-ups that will let you destroy your opposition. Collect all cars and upgrades to keep up with competition while you progress in career mode or have a quick race either against AI opponents or against friends. You can play up to 4 players locally and up to 8 players online. Go and build your own tracks, share them with friends or play with them in your tracks. Super Toy Cars is big and with lots of options for you to tinkle and play with, but most importantly this game has been carefully crafted to be fun play and fun to race, either alone or with friends. 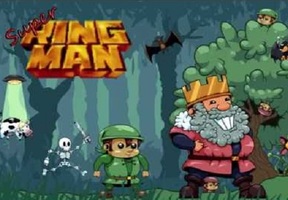 Forests, swamps and forests again. Home of the Poison Dwarves, or Poison Dwarfs if you so desire, birthplace of tree and treeplace of birth. Who is? Why for? And what? SUPER KING MAN!

A fun, silly platformer about King, who is Super and identifies as a Man, a Super King Man should you so desire, who finds a magic mirror and is transported into a magic forest. And he has an epic beard, so this does qualify as an epic adventure! Excite!

Run, jump, climb and attack your way through thirty levels of forest, some more level-y than others. Have you passed that tree before? Why cares? Nobody! 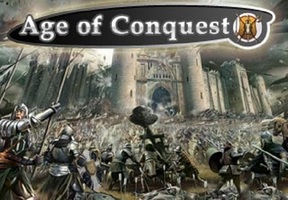 Age of Conquest is a medieval Risk-like turn-based strategy game where you take the reins of a budding empire and struggle against fellow empires for control of the world. In one game, up to 100 players vie for supremacy, but only one can be victorious. Every game you win pushes up your score, until you don’t just dominate the world, but also your fellow players. So, will your place be in the history books or in the mud? Will you govern or will you grovel? Do you have what it takes to rule the known world? Age of Conquest is a turn-based strategy game somewhat like the classic Risk, but more in-depth. The goal is to conquer the map by taking over all the provinces on the map. Each turn you first view the events for the current turn and then input the orders for the next turn. You are able to recruit new soldiers, build watch towers and fortifications, move/attack, or disband military units. Typically you will buy new soldiers, attack adjacent provides to increase the size of your empire and add watch towers or fortifications to increase the defensive strength of a province. You are also able to fine-tune your finances by adjusting income and expenses. You can send out diplomatic requests or respond to diplomatic inquiries to foster relations with your neighbors. 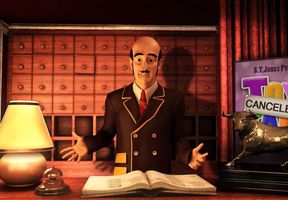 A local toymaker and all his factory workers mysteriously vanished on the same night. It’s up to you, ace reporter Mary Bingham, to delve into the town’s hidden mysteries to discover the truth. But first you’ll need to understand the strange inhabitants to solve the riddle of the shuttered toy factory. Is the ominous figure in black trying to help you, or is he leading you into certain peril? What lies beyond the elaborate labyrinth? Uncover a new world of shocking secrets as you hunt for clues in this heart-stopping mystery-adventure! 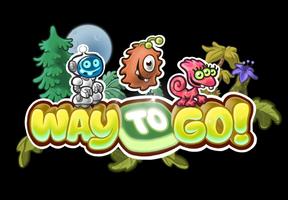 Way to Go! is a game with simple rules and surprisingly tricky puzzles.

Way to Go! is a game with simple rules and surprisingly tricky puzzles.