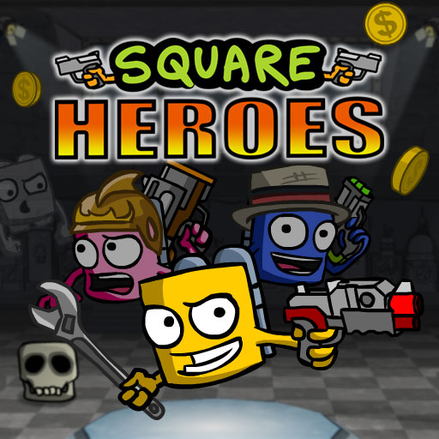 Square Heroes is a hilarious comic arena shooter featuring Online, LAN, Co-op and local multi-player gameplay, a single-player Tournament and an arsenal of weapons to blast your friends out of the sky!

Humanity is again relying on the Square Avengers to survive a vicious alien onslaught. Unfortunately for humanity, our Avengers are busy proving their credentials in the Galactic Hero’s Tournament.

Hone your skills and level-up your character in the single-player Tournament, or skip straight to the main event and challenge your friends in one of the hilarious and frantic online skirmish modes. 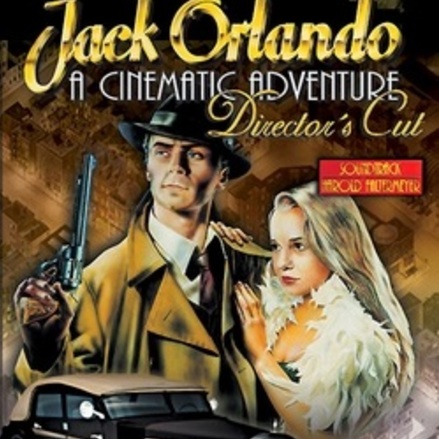 1933 will go down in the history books as the year America passed the 21st Amendment to the Constitution. Prohibition is over. To the delight of millions, alcohol can now flow freely across the thirsty land. Two days before the official announcement, bars and clubs across the land are stocking up on quality whiskey. This is the absorbing story of a scruffy but shrewd private investigator who becomes the prime suspect in a mysterious murder case through no fault of his own. Jack now has only 48 hours to slip the noose and find the real offender. The sands of time are rapidly running out for Jack – he must unravel the threads of the mysterious plot in which he finds himself – a race against time! 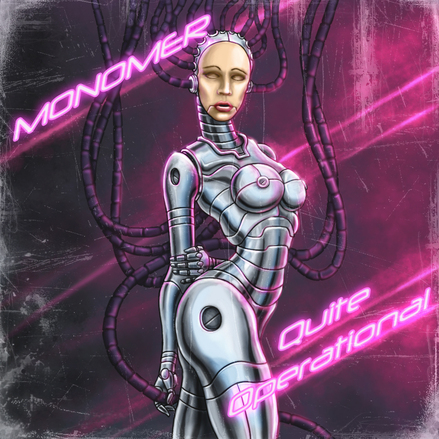 Quite Operational is the result of a fascination with the sound and aesthetic of 80s electronic music and science fiction, combined with a healthy love of chipmusic and old video game sounds. While not written with a tracker or on a Gameboy, it was a personal exercise in setting my own limitations and sound palette and seeing where I could go; what imagery I could evoke and where I could take the listener. Above all else, it was an attempt to write something exciting that sounds distinctly my own. It was a freaking blast to create, and I hope you all enjoy taking this trip as much as I did writing it. Cheers!

Monomer is the musical alias of Gavin Allen. Born in Massachusetts, he still lives in the Boston area, working in game development by day and cranking out wicked bizarre jams by night. His musical journey began in the 3rd grade orchestra, taking pit stops in a handful of rock and jazz bands as well as the Berklee College of Music before winding up in the wonderful world of chipmusic. 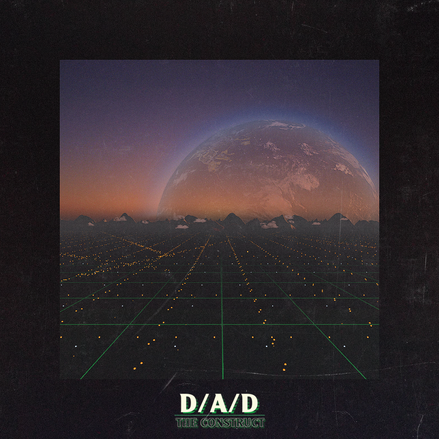 “Without a doubt this album is one of the finest experiences I’ve ever heard in 80s inspired synth music. The musicianship is superb in every track but more importantly there is an innate honesty in every single second of the The Construct’s duration. An honesty that is emotionally embracing, offering thoughtfully arranged fantasies and possibilities that I’ve found impossible to resist. After four years absence D/A/D has released an album that will stand up for years to come and is without a doubt one of the most invigorating releases in the 80s inspired synth scene in 2013.” -Synthetix

Channeling the 1980s through cyberspace exploration and sonic synthesis. D/A/D is a 1980’s inspired solo-electronic project by Zach Robinson who currently lives in Los Angeles. 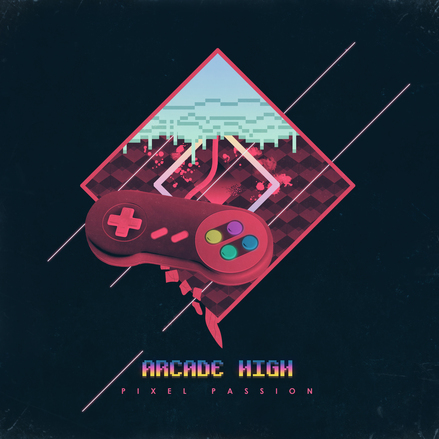 Pixel Passion Play
One Year Ago Play
High Score Summer Play
Without You (Feat. Hannah Edwards) Play
Outrun This! Play
A Moment of Clarity Play
Running to You Play
Up Down Left Right Play
Night of the Genesis Play
Look Into My Eyes Play

Hailing from Pittsburgh, PA, Arcade High has been composing 80’s inspired synthwave music for nearly two years. While taking inspiration from both 80’s new wave music and early 90’s video game culture, Arcade High has composed his love letter to the innocence experienced during those times by presenting Pixel Passion.

With the release of his second full-length album, Arcade High is attempting to push past the norms of current synthwave music by incorporating chip music inspired sounds; aiming to make the album unique when compared to both his own releases and those of his contemporary influences that include Mitch Murder, Anamanaguchi, Starship Amazing, MPM Soundtracks, College, Jordan F, Futurecop!, and Ice Choir. 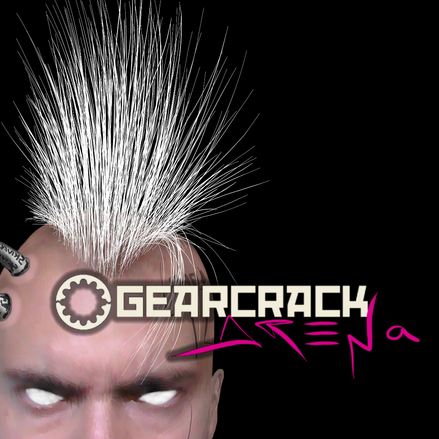 GEARCRACK Arena was designed to put you under heavy fire on 2 clicks. With no fillers you will put your strategy and reflexes to the test since the first seconds of game. Core distorted guitars, heavy beat and 90´s dark sci-fi hue will join you on the quest of surviving 9 waves of Specters, Marauders and SACI Sentinels. Enemies will use fuzzy logics and different classes to try stopping you on this cyberpunk topdown arena minigame. It goes with Steam integrated soundtrack mp3 album to keep you rocking on your way out. 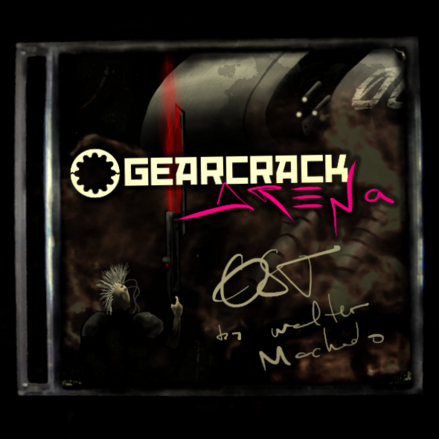 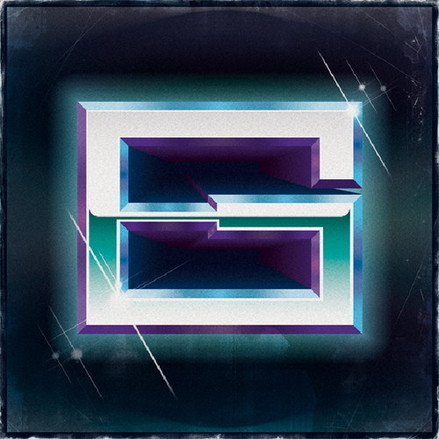 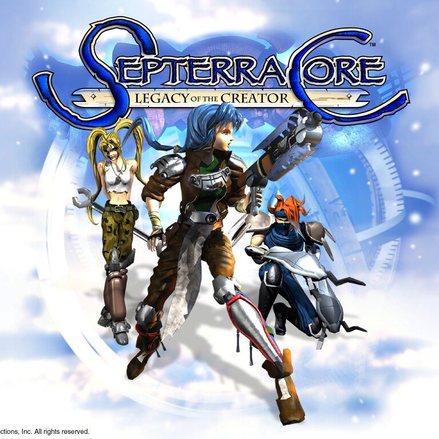 DRM-FREE only. A unique mix of Japanese RPG with a steampunk atmosphere. A whopping 100 hours of gameplay with a very intriguing storyline. Exciting mechanics that mix real-time and turn-based combat system.

Enter a world where the laws of nature work in strange new ways, allowing continents to orbit at different elevations around the planet. Living battleships float overhead and Junk Pirates roam the darkness. This is a world whose very Core is a living computer, quietly watching over the fruits of its master’s creation.

On the Outer Shell Layer above, the ancient society of the Chosen live an extravagant lifestyle, consuming mass amounts of energy and dumping their waste onto the Layers below. They have discovered secrets about the world in which they live, and begin a descent towards the inner Core, caring not who gets in their way. 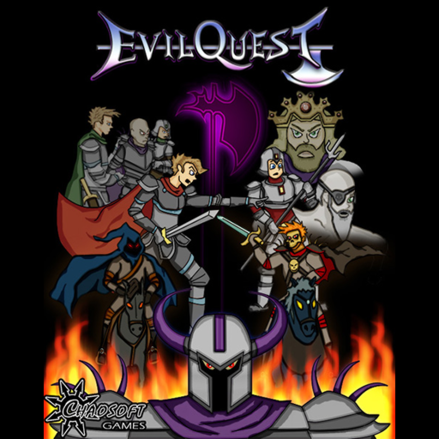 Why save the world when you can conquer it? In EvilQuest, take on the role of Galvis — a dark knight obsessed with ultimate power. Set out on a quest of revenge,destruction and conquest in this exciting retro Action RPG title. Along the way you’ll unlock ancient mysteries, discover legendary weapons, relics and magic…and of course kill thousands of those foolish enough to stand in your way! 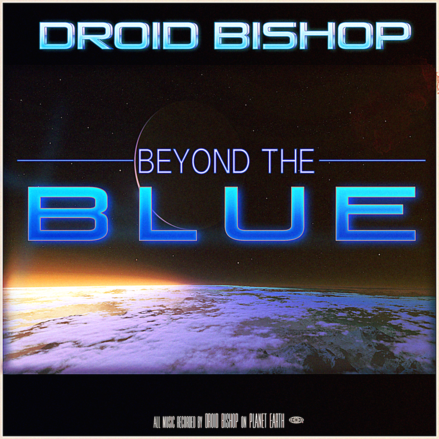 Droid Bishop - Beyond The Blue

Vanisher Play
Out Of My Mind (Ft. Sam Sparro) Play
Beyond The Blue Play
Letter To Earth Play
Moon Dancer Play
In My DeLorean Play
In Your Love Play
The Infinite Dream Play
Born Of The Stars Play
Through The Universe Play
Human Play
In The End Play

“Droid Bishop is not a musician to sit back and hand over the reins when creating the ’80s synthwave tracks he is notorious for. Consistently involved with supporters of his music as well as composing, arranging and producing his own tracks, it is no wonder James Bowen’s fans are growing in number.” - NoisePorn

“It’s pure gold. It just strikes a chord with me. The pulsating synths and drums feel so cinematic. I can’t get enough.” - The Most Definitely

“The Droid Bishop himself emerges from his digitized holiest of holies to zap you with 80s synth pop appropriated ray-guns. The dream machine gets set to the indefinite and undefined coordinates of a synthetic serenity…” - Impose

Combining the 80’s dream with a futuristic soundscape, Droid Bishop brings a unique approach to the world of synthwave. 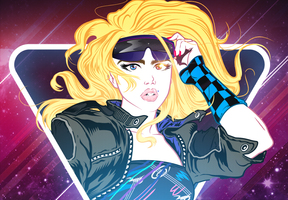 by Robots With Rayguns

After the success of the vocal sample-driven free download album, “Electro Isn’t Dead”, Robots With Rayguns (Lucas Patrick Smith) Is back with a brand new collection of all original tracks. ‘RWR’ is a simple, straight to the point title to a record that is all about having fun. Catchy hooks, glossy production, and memorable melodies twirl together to create what is part concept album, and part non-stop retro dance party. Join Robots With Rayguns (and friends) for a fun, timeless pop record that everyone can enjoy.

This brand new Deluxe Edition of the breakout sophomore Robots With Rayguns album comes jam packed with twice the tracks! Featuring rarities and exclusives from remixes, New versions, B-sides, and brand new artwork from Reno Msad, this is a collectors item you don’t want to miss! 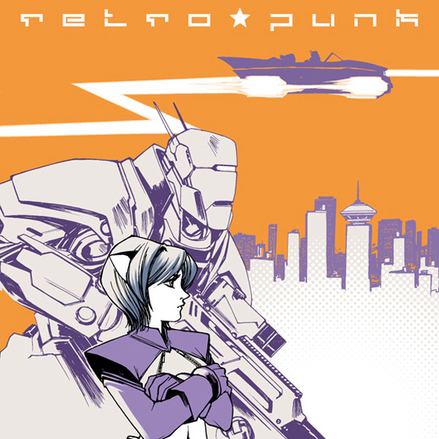 Beneath the steel and neon glow of Pacific City a low-rent bounty hunter just got a job offer, a small fortune offered for a simple bodyguard position. But no job called simple ever is. Especially in a world of robotic partners, powerful mega corporations, pop idols, and cyber ninja assassins. (144 pg, B&W)

GEARCRACK Arena was designed to put you under heavy fire on 2 clicks. With no fillers you will put your strategy and reflexes to the test since the first seconds of game. Core distorted guitars, heavy beat and 90´s dark sci-fi hue will join you on the quest of surviving 9 waves of Specters, Marauders and SACI Sentinels. Enemies will use fuzzy logics and different classes to try stopping you on this cyberpunk topdown arena minigame. It goes with Steam integrated soundtrack mp3 album to keep you rocking on your way out.