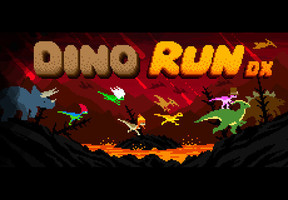 DINO RUN DX is an ongoing evolution of the classic prehistoric multiplayer racing game. Control your iconic raptor through an endless assortment of procedurally generated landscapes and outrun the ever-approaching WALL OF DOOM. Will you end up one of the millions of doomsday casualties, or will you ESCAPE EXTINCTION?

featuring: A unique experience every time you play… no two levels are ever the same. 3 major single player gameplay modes: CHALLENGE, PLANET D and SPEEDRUNS. Realtime multiplayer with chat, matchmaking and more unique levels to race in. Climb the ranks and show your dominance! Choose from a staggering number of hat and color combinations to hone your look… unlock even more hats by completing game milestones. FREERUN MODE: turn off the doom, chat with other players during actual gameplay, spawn boulders and npc dinos, roleplay…. do what you want!

How is DX different than previous versions of the game? If you’ve only played the web version from years ago, you’ll find DX is a dramatic improvement with more levels, hats and gameplay options. If you’ve played Dino Run SE, the major differences are completely redone backgrounds and an extra layer of polish, true fullscreen mode, controller support, steamworks integration, improved multiplayer security, freerun mode, and many, many more hats and colors to choose from.

fun Facts: The original web version has been played over 100 million times (source: Mochibot) Pixeljam, the creators of Dino Run, have made over 20 games since 2006. Dino Run helped pioneer the “runner” genre of games, before it was popularized on mobile and started to truly suck. Dinosaurs did not actually wear hats, but there are tiny traces of them in the plastic tightening straps on all baseball caps. 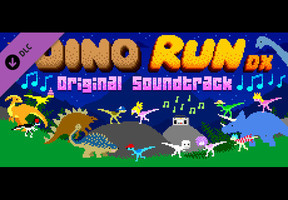 This is the bone-pounding OST to your favorite pixelated prehistoric racer… includes the following tracks: 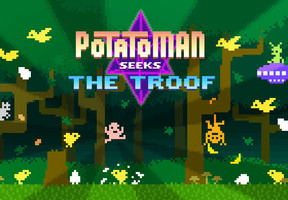 Potatoman will put your reflexes and worldview to the test as you journey through scorching deserts, dark forests, busy cities, the tallest mountains and eventually your own potato-consciousness in search of the ultimate answer. Are you prepared to face the TROOF?

Bone-breaking challenges and intriguing perspectives. A unique story that will make you question everything you knew about potatoes. Squirrels! Vultures! Monkeys! Star Tetrahedrons! The Troof

Some very nice things people have said about Potatoman:

Potatoman will delight, surprise, and challenge you. I had so much fun playing through his little adventure, and I know I’ll replay it many times in the future. And the ending is amazing! Definitely play all the way to the end. ~James Kochalka, American Elf

Potatoman is an awesome bite-sized platformer that is as fun as it is, well, insane. ~Northernlion, Youtube 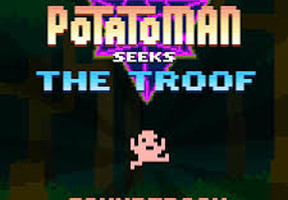 The Official Soundtrack For Potatoman Seeks the Troof. Contains 2 extra tracks not found in the game. Also available on Edison Wax Cylinder. 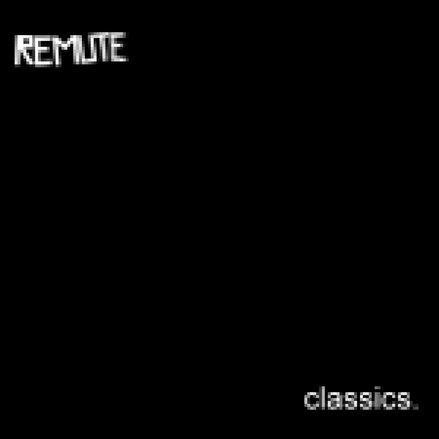 ‘Classics.’ pulls together highlights from the early era of Remute’s career, going all the way back to his first record (Hypnoconsole) and trawling through later releases on Traum, Tresor, Mote-Evolver and Dial among others. Many of these have only been available on vinyl until now, and a handful of tracks are previously unreleased. 24 of Remute’s finest techno bangers in one handy package — that’s classic.

Hamburg-based Techno artist Remute has a very ‘technological’ approach to this genre - intense interaction with technology made him do the most amazing things: Remute’s career began in the early 2000s with his first EP ‘Hypnoconsole’ which unmistakably drew inspiration from the flickering world of early 80s and 90s computergames and acid-filled rave-sequences mixed up in a timeless punky DIY-way - even in 2017 ‘Hypnoconsole’ is still considered as a ‘punk techno’ reference by Bandcamp. The success of his first release made Remute tour for years and perform at acclaimed festivals and clubs like for example Golden Pudel and Berghain. Various contemporary high-profile labels got aware of Remute - in 2006 he released his self-titled debut album via the legendary label ‘Ladomat’ from Hamburg. After several further releases on labels like Tresor, Traum, Smallville or Bedrock Remute founded his very own Remute-label in 2008. The first release of the label, ‘Zuendli’, became an instant hit and is considered as one the most successful and celebrated tracks of the minimal techno era of the late 2000s. More punchy club hits and BBC1 favourites like the cheeky acid-house banger ‘Lampuca For Me’ or the spacey open air techno anthem ‘Gravity?’ followed and Remute also became a busy remixer for artists like GusGus, Solomun, Dominik Eulberg or Daniel Avery. Driven by the urge to push the boundaries of TECHNOlogy, it was never enough for Remute to deliver dancefloors hits only. Since the beginning of his career Remute was the sole ruler of his artistic vision and no managers, no agents and no producers were ever allowed to interfere with his work: While others in the early 2010s were busy to jump on the EDM-bandwaggon and took the first opportunity to sell out, Remute devoted himself to commercially risky and artistically uncompromising projects like ‘24’, which is a 24 hour long ambient recording (named by Mixmag as a ‘24 hour anthem’) and ‘REMUTE24’, a series of digital music releases remixing news headlines running for over 6 years, week by week, non-stop. Additionally he released highly successful J-Pop with his song ‘Play The Game’, recorded a Cyberpunk-esque soundtrack for the classic silent film ‘Metropolis’ with his 2014 album ‘Yoshiwara’ (got him ‘Album Of The Month’ honours in Mixmag) and was very active as a soundtrack-producer for several videogames. After over 15 years in music business and countless gigs from Miami to Moscow to Tokio, 2018 is a pivotal year for Remute: His album ‘Limited’, a hybrid release consisting of 7” vinyl and a 3,5” floppy disk, is regarded as a trailblazer of a strong floppy disk comeback… as a valid music format! With some clever usage of technology and creative dealing with the data limitations of this format, Remute once more succeeds in establishing his very own technologic sound aesthetics and setting new distinctive trends for unique performances while constantly questioning the status quo. Besides getting enthusiastically labelled as ‘limited techno’ by CBC, the Los Angeles Times also points out that he is Techno’s only true Disk Jockey - literally. 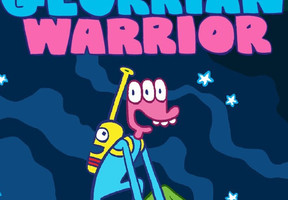 Glorkian Warrior: The Trials of Glork is a collaboration between Eisner Award winning cartoonist James Kochalka and indie game studio Pixeljam, makers of DINO RUN and POTATOMAN SEEKS THE TROOF.

Help Glorkian Warrior and his trusty Super Backpack fight against an endless onslaught of alien creatures, and be prepared for anything… the Magic Robot appears when you least expect it, and might shower you with exploding basketballs… or kittens… or cakes!

Collect energy crackers and power up an awesome arsenal of double lasers, triple lasers, rockets, fireballs, tennis balls & more while the invaders hypnotize you with their mesmerizing attack patterns. Perhaps you may even uncover the legendary Flarf Gun and save the world.

You will have so much fun trying and dying, again and again…. but no matter how miserable your performance, each play session will add to your progress and unlock new features to keep your fingers and fun zone fully engaged!

Can you reach the rank of Glorkian General or will you forever stay a Soft-Boned Space Cadet? 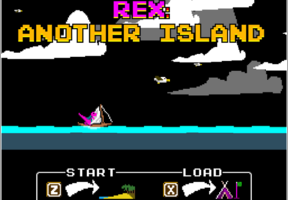 An open world adventure inspired by the classics. Get lost in a wide world of precarious platforming that will take you back to a simpler time… 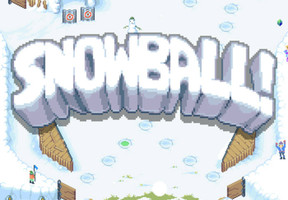 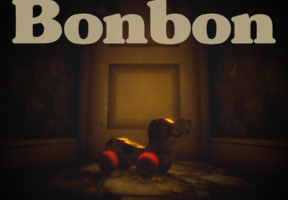 Bonbon is a short, first-person domestic horror narrative in which you navigate childhood events beyond your capacity to understand.

Bonbon is about experiencing the objects and events around you. As your parents increasingly demonstrate their absence, you spend time with Bonbon, a large, overbearing and ambiguous visitor…

You can play with mouse and keyboard, or a 360-style gamepad.

The game takes between 20 to 40 minutes to complete, depending on how you play. 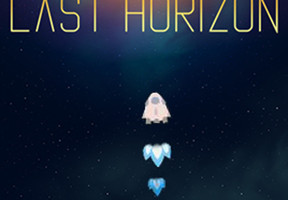 Pilot the last vessel of a fallen civilization into the vast unknown, in search of a new habitable world.

Carefully land on the planets you will encounter to gather terraforming resources and space-faring human survivors for the final destination… skillful piloting and the balanced management of fuel, oxygen & hull integrity are key.

Explore and harvest to create a beautiful and harmonious new world, but take too much and you might incur the wrath of sentient alien life… 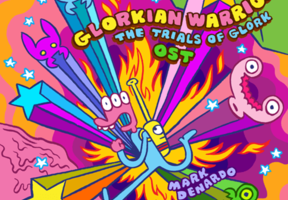 The Official Soundtrack For Glorkian Warrior.

All tracks written by Mark DeNardo. Additional production and mixing on some tracks by Miles Tilmann 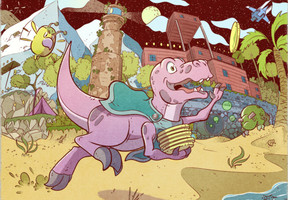 The official soundtrack to Rex: Another Island by Pete Gresser: 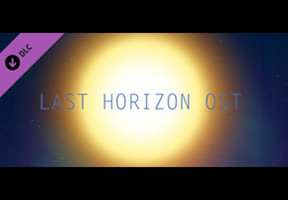 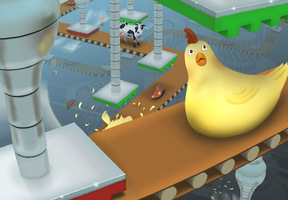 Some rare OSTs, games and nice little surprises by Pixeljam. What’s in the zip: