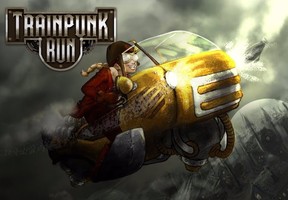 Fun “fly and shoot” videogame in a steampunk environment. Guide Ryana, military pilot, through five different worlds, to save them from the evil Lord Blackname. Collect coins to buy different Traninpunks, power-ups and customize Ryana’s outfit.

Enjoy an emotional story of a woman who wants to save the world. This is a game made in memory and commemoration of pioneer female pilots: Amelia Earhart, Jane Trefusis Forbes, Jacqueline Cochran or Harriet Quimby.

The player will fly and fight against the enemies to collect and send flying letters to prevent the evil plans of Lord Blackname, the military leader of the Black Brigade. 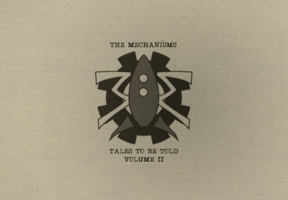 Tales To Be Told, Volume II

The Mechanisms: a band of immortal space pirates roaming the universe in the starship Aurora. Some say they’re from a steampunk future, others claim they’re from a cyberpunk past, a few even whisper that they may be from a dieselpunk alternate now. They are all correct.

Their latest offering is a collection of stories - inside, you’ll find a miscellany of visits to new worlds, a return to some old favourites, and even a glance into the origins of some of the Mechanisms themselves!

The Mechanisms are a seven-piece steam/cyber/diesel/punk-punk band based in London, who tell epic science fiction stories by taking a bunch of myth and shaking them up with an unhealthy amount of folk-prog-rock. If you’re very lucky, they might sing you a story before they shoot you. 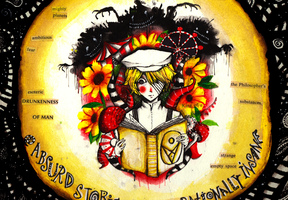 Absurd Stories For The Rationally Insane

A six tracked EP containing stories from the mind of morbid-morsel featuring the vocaloid oliver with the aid of unorthodox sounds, each stories creates a world of its own (Includes Digital Booklet) 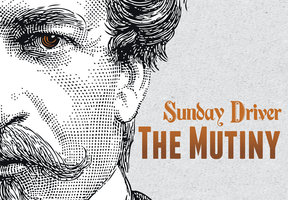 Sunday Driver blend together Indian and British influences from past and present with the help of a pumpkin, a melon and the skin of a goat.

Formed in Cambridge in 2000, Sunday Driver have grown from a small acoustic act to a riotous 7-piece band, playing headline gigs in the UK and abroad, creating ground-breaking music that blends contemporary sounds with Eastern influences and instrumentation. 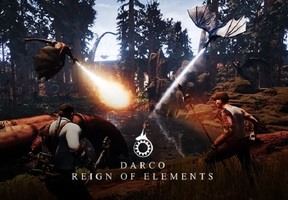 As a mechanic you and your dragon explore what is left of humanity’s last refuge: a fleet of huge flying ships which hover over an endless ocean. To survive in this post-apocalyptic world you have to scavenge your surroundings and defend yourself against creatures and other players. You have to build a base, improve it and learn. Equipment and tower upgrades help you to get you own food, water and electricity supply which is essential for survival in DARCO.

You encounter mechanical beasts in the world. These creatures can be converted and used to your own benefit. You also come across hostile dragons that you have to combat. The dragons, belonging to different elements, can be bred though and make it easier to explore and fight. 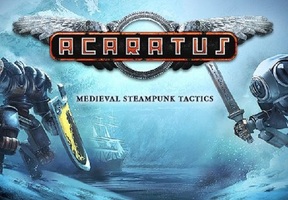 Acaratus is a turnbased tactical RPG set in a medieval steampunk world where you build and fight with your mechanized battle suits to help Adina free the enslaved people by the oppressing emperor Helios.

Since the Valerian Conflict ended the land has been ruled by emperor Helios. A rich slave dealer called Adina unwillingly becomes the leader of a small rebellion against the oppression. She starts recruiting slaves to fight back against the regime and in the process setting an example for human rights. 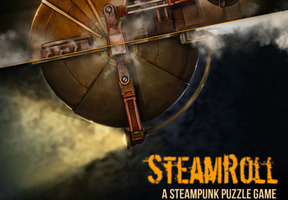 Steamroll is an adventure and puzzle game with a touch of minigolf. It creates a steampunk atmosphere where you will have to solve puzzles by designing and shooting steamballs from your vehicle to create ramps, walls, activate triggers, blow things away, and more.

In Steamroll you are a young engineer in his first day of work and take control of the Scarabeus, the greatest new steam-fuelled vehicle invention, while you try to survive in a crumbling mine and look for a way out. 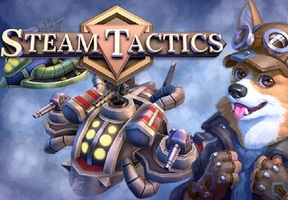 Steam Tactics is an RPG about steampunk airships with tactical turn-based Fire Emblem-esque combat. Take on a role of a captain of a squad of airship pilots, acquire and upgrade new ships and weapons, level up your crew.

The king is gravely ill. The queen wishes to employ your services. You are one of the most renowned mercenary tacticians in the land. Will you answer the kingdom’s call? 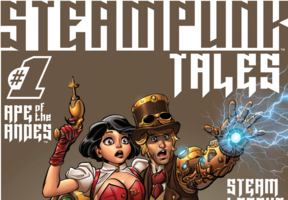 Intriguing tales spun around steam! Featuring intrepid adventurers and their steam-powered gadgets and gizmos. Brassy women and brawny men and their flying machines saving the world with the power of steam and just a bit of style! 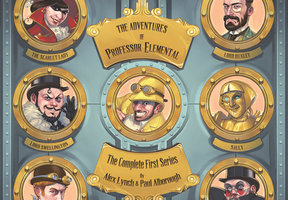 The Adventures of Professor Elemental - All Episodes

This is the entire Adventures of Professor Elemental audio drama containing 4 episodes:

Brace yourself for the adventures of Professor Elemental! Here then is the first series of radio plays documenting the adventures of Britain’s most ridiculous mad professor. Get ready for a wild ride through haunted attics, faraway islands, the gritty streets of Victorian London and the wildest village fete in all of history! Meet a brand-new cast of characters from giant owls to Superhero women, proper gentlemen to diabolical villains. There’s never been a radio show like this, probably with very good reason.

Recorded with a full cast from the cream of UK comedy, directed by Moog (video director for Cup Of Brown Joy, Fighting trousers) and produced by Tom Caruana (TeaSea records, Son Of Sam, Professor Elemental). Each features a fully produced soundscape of special effects and brand new songs by the Professor himself.

Strap in, sit down and get the kettle on- it’s the Adventures Of Professor Elemental!

Professor elemental was born with a silver spoon in his mouth. It was removed by doctors soon afterwards and remains in the British Museum of the unpleasant to this very day. His father was a victim of a severe grinding accident whilst working on the creation of a new grinding machine, leaving baby elemental to be raised under the watchful eye of his overprotective mother. Fed on a diet of pureed swan and old-fashioned British madness, he soon grew into one of the least respected and most ridiculed Professors to ever be turned away from every London society (including the cub scouts and the WI). Undeterred, he continues to work tirelessly on inventions that are both unwanted and unwelcome in polite society with the aid of his trusty butler Pugh and his Augmented Oran tang Geoffrey. He enjoys dissection, gin and shrieking with maniacal giggles at inopportune moments.

Aside from a few of his experiments (best left unmentioned), the Professor first got himself noticed with the track Cup of Brown Joy. The video, which has notched up over 2 million views on YouTube was followed up by a battle rap against another emcee, Mr B. The ensuing beef took the nerd world by storm, making headlines in the Daily Telegraph, Wall Street Journal and Wired. Known for his outlandish live shows and delightful knees, Professor Elemental regularly appears around the world, dancing about like a loon. 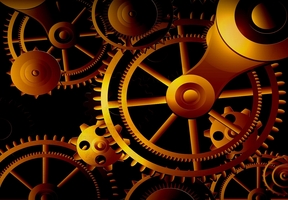 Enter a world of weaponized airships and dangerous underground cities, a world where the Shadow Empire rules and reigns, threatened only by the Resistance with its heroic leaders and technological genius. 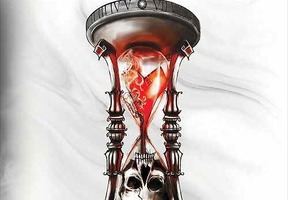 by Marquis of Vaudeville

‘The Tragic Valentine’ is essentially a tragic love story told through 13 songs - with elements of mystery, magic, intrigue, & revolution.

Having the ambitious wish to propel the entire world into a melodic vortex, Marquis of Vaudeville emits an extraordinary sound that spirals listeners on an utterly imaginative, musical merry-go-round. One never knows what moodswung journey they’ll embark upon once these musical highwaymen hijack their consciousness.

With imagination at its core, the theatrical flare and intriguing nature of their songwriting has grasped the attention of music lovers from the most critical of music elitists to the average radio listener. Although performing frequently at pop culture fandom and steampunk conventions, the musical menagerie is widely known for their own extravagant Vaudevillian inspired sold-out spectacles such as ‘A Clockwork Wonderland: Through Aether & Mysterium’, ‘Gadgets & Gobstoppers: The Twisted World of Wonka’, and the show that shares the grandiose title of their ambitious debut album “The Great Promenade of Fools & Ghosts”.

Sunday Driver blend together Indian and British influences from past and present with the help of a pumpkin, a melon and the skin of a goat.

Formed in Cambridge in 2000, Sunday Driver have grown from a small acoustic act to a riotous 7-piece band, playing headline gigs in the UK and abroad, creating ground-breaking music that blends contemporary sounds with Eastern influences and instrumentation.