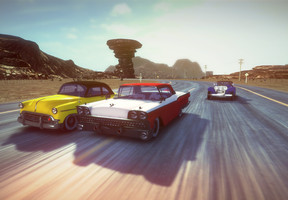 Go back in time and experience “The Fabulous Fifties” in a game that relives the period, vehicles and street races of the legendary 50´s films. Customise your car and compete in 8 different race modes, through five completely different 50´s themed areas and become the King of the Road!

For many years, street racings have been popular around Sierra Lake, one of California’s most famous cities. Flashy cars driven by skilled racers, with lots of money at stake and of course beautiful girls create - an explosive cocktail where only the bravest compete. 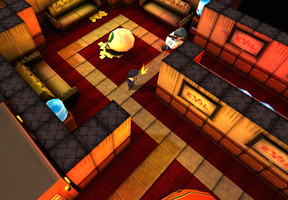 Agent Awesome – a brand new strategy game for PC and Mac – is the debut title from Chaos Industries. As Agent A., you must use your tactical expertise to plan the perfect strategy and storm through the building of your former employer, Engineering Vicious Ideas Labs (E.V.I.L.). 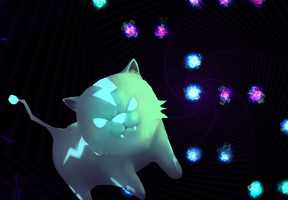 ‘Energy Cycle’ – new puzzle game from the developers of ‘Energy Balance’. When you click each cell on the game field - it changes color, and the colors of adjacent cells horizontally and vertically. Your task to bring all the cells to the same color. Sounds pretty easy, but try to do it!

You are the captain of the SSC Tarvotan, a small scale exploration spacecraft created with humanity’s most cutting edge technology. Our home solar system has mysteriously fallen out of balance, and you are humanity’s only chance of surviving. In order to escape the ongoing dangers, you must find and balance resources to remain one step ahead of your ultimate demise. Planets are burning by the hour… can you escape the Milky Way to explore other sectors of our universe? Can you survive long enough to restore balance to the universe? 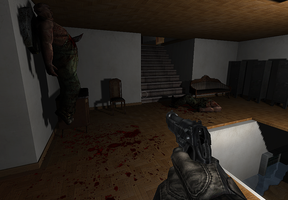 World’s Crisis - Reborn is a Horror-Action First Person Shooter game where Anderson, the chief and most experienced Member of WC Army has been commanded by its head, Mr. Aryan, to look into the matter of YWTD Terrorist group. According to the official report, these Terrorists have crept into some old mansion and hotels of the city of Opera. The Police forces were still investigating the places in search of some evidences. But these Terrorists were found to be too cunning and they have plotted the plan in such a way, that, not even Police forces were enough to deal with it. Moreover, some shocking news have cropped up in Newspapers and TV News channels that some places where they might have been hiding are haunted and it was seemed to be the part of their plan. 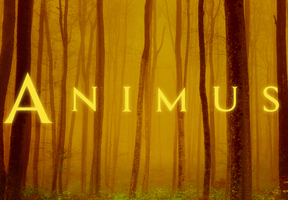 Listen with your heart.

My name is Christoffer and go by the alias of Killigrew. I love to create chillstep, melodic dubstep, piano, orchestral music and sometimes even melodic metal. In the end I enjoy songs with enchanting intros and catchy choruses. It doesn’t really matter what genre it is as long as it’s meaningful for me.

If I would describe my music in one sentence, it would be “Finding hope in hopelessness…”.

Inspired by symphonic metal I composed melancholic piano music for roughly three years (2009-2011) before I found a completely new side of music in the genre of melodic dubstep and especially in the works of Blackmill. It greatly influenced me to pursue to make my piano songs… something more, something deeper.

My music has a quite strong connection to the beautiful scenery I grew up in. Deep forests embraced by foggy lakes like pearls in an ocean of trees. My beloved Northland. With my music I simply want to take you there with me. 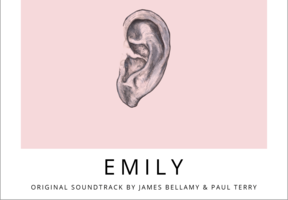