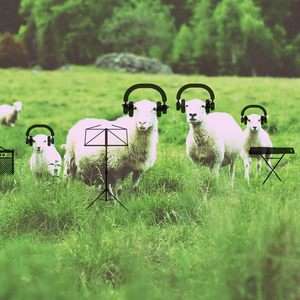 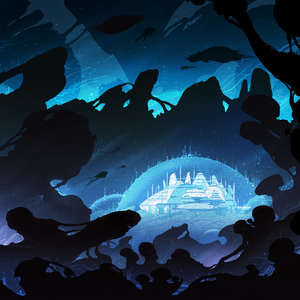 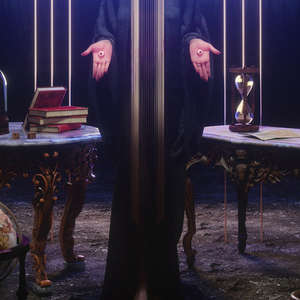 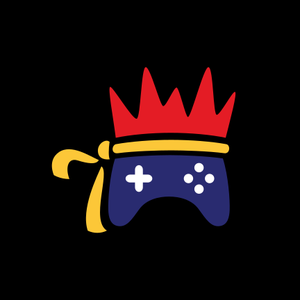 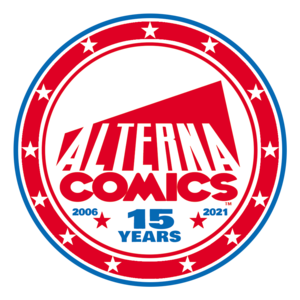 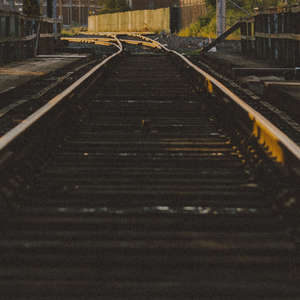 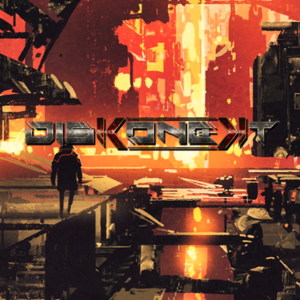 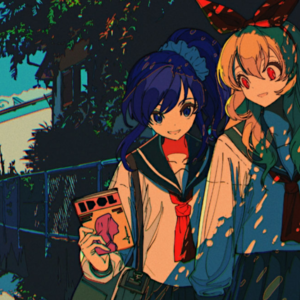 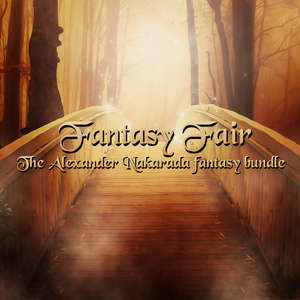 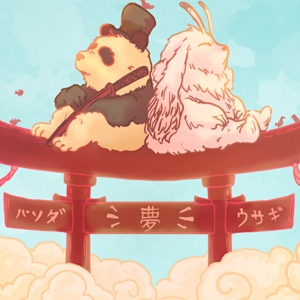 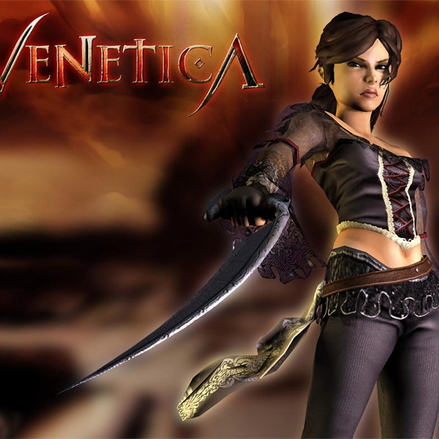 Set in the fantastic world of long ago Venice, the young Scarlett falls victim to a terrible mystery, which begins with the murder of her companion by a secretive alliance of mighty necromancers. Thus fate takes its inevitable course and threatens to throw the world out of order.

Scarlett finds out that she is the daughter of death incarnate and is blessed with his ultimate powers. She is the only one who can stop the gruesome powers that threaten to destroy the entire living world.

Now it’s your chance to reverse fate! Get ready for a fast-paced adventure set in an epic world filled with dark dangers and merciless adversaries. Arm yourself with mighty weapons, rally together powerful allies and master the dark powers of death. Can you conquer the powers that threaten to inescapably destroy the world of the living? Follow your path down into the deepest abyss to death itself – and back again, if you are worthy! 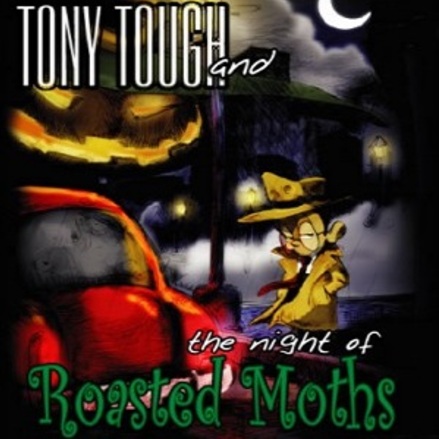 Tony Tough and the Night of Roasted Moths

What do alien abductions, a depressed town, and a purple tapir named Pentagruel have in common? Can a bumbling gumshoe make his stolen candy theory stick? Find out with the “Sherlock Gnome” of detectives, Tony Tough, and a hilarious cast of characters as he cracks the case on the most adventurous and comical night of his life!

Tony Tough and the Night of Roasted Moths is a 2D “point & click” adventure set on Halloween night. Join tony and a colourful cast of characters as Tony solves the case of his kidnapped “dog” and exposes the truth behind a candy-thieving swollen-headed psychopath. 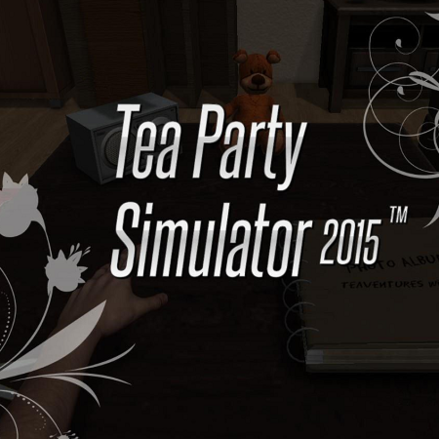 Ever wanted to be a tea party extraordinaire? Well now you can.

Brew the tea, pour the tea, serve the tea. Serve biscuits and cake. Try not to mess it up too bad, or your guest will get angry Find the hidden easter eggs You know… all that good tea party stuff

Each new level brings it’s own challenges you must overcome on your quest to become the ultimate tea party master.

Comes with the original Tea Party Mode and now a Mode 2 (after beating all the levels), for a whole new tea experience! 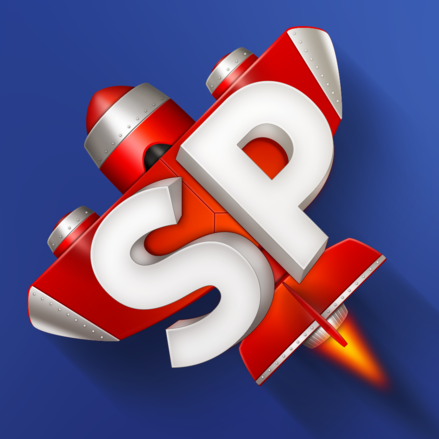 You have the tools you’ll need to bring any airplane to life. Snap parts together to build your airplane’s body. Place engines to add thrust. Design and attach wings and then strap yourself into the cockpit and see how it flies.

Flight simulation at its finest. Every little change you make in the designer impacts how the airplane flies. Weight distribution, thrust, lift, and drag are all calculated continuously while flying. Parts can break off in spectacular fashion while flying due to over-stress or by hitting something. The fun won’t stop there though. You can keep on flying even with a missing wing if you’ve got the skills.

Climb into the cockpit of one of your custom aircraft and see how it does in the challenges. The challenges will keep you entertained for hours. Land on aircraft carriers, dodge surface-to-air missiles, race through courses, and so much more.

Modding is fully supported so you can build your own parts and environments. Download our Unity package which includes specially designed tools to aid in designing and building mods which you can then share with your friends and the community.

Steam key will be provided once the game is released onto Steam.

Stage Presence is a microphone-based music festival and angry mob simulator for desktop and VR.

Stage Presence puts you and your band on stage at a music festival. Your bands equipment fails and you have to use the only working microphone on stage to keep the hostile crowd entertained.

Microphone based gameplay: sing, rant and gibber to win! Guitar heroes; use USB or mic up your guitar amplifier and play your best riffs to win! Desktop and VR ready; play on a flat screen or feel like you’re really on stage in VR! Multiple game modes; In Story mode score as many points as you can before your band fixes their equipment. In Survival mode keep the crowd happy for as long as you can. If the crowd turn against you, your band will be thrown off the stage. In Karaoke mode play for as long as you want. Turn off the difficulty to keep the crowd permanently happy and massage your fragile ego. Face a fickle crowd; the audience cheer you, light fireworks and crowd surf when you entertain them. But beware, they have insults, laser pens and bottles filled with bodily fluids ready for when you bore them.

Try the game that terrified Rock Paper Shotgun: “there’s nothing I could do with a microphone that could keep anyone happy, let alone a festival crowd baying for blood”

Questions, comments and feedback can be sent to jon.dadley [at] googlemail.com

Steam key will be provided once the game is released onto Steam. 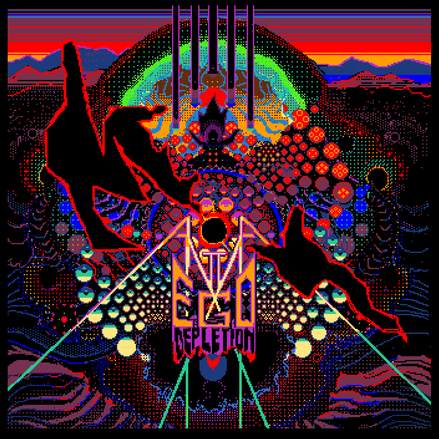 Two years after an0va’s self-defining debut, “Ego Depletion” uses the retro electronic sounds of a Nintendo Gameboy to take the listener on a spiritual journey to destroy the Self and unleash the Id.

8bit for your soul.

Based on thoughts by Dr. Jung and Dr. Csikszentmihalyi.

Since 2010, an0va has been hitting stages hard with a unique brand of technical-yet-catchy chiptune music. In addition to high-energy live performance across the Northeast United States, an0va is currently working on releasing “Ego Depletion,” the successor to his successful debut studio release, “The Teaching Machine.”