Alicia Van Volish is a former cop and current journalism student who wakes up after a one-night stand with a terrible hangover and a lot of questions: How much did she drink? Did she really take that guy home with her? What was his name? And what, exactly, is the Golden Sphere, the mysterious object that seems the source of all Alicia’s woes? 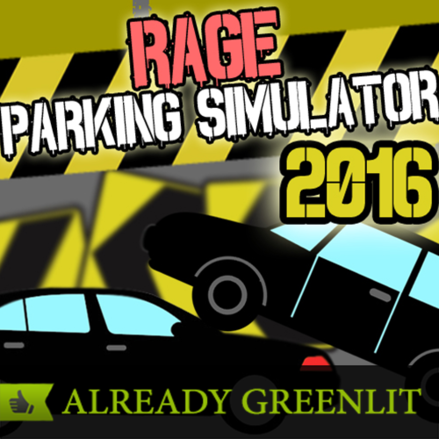 Choose your space, select drive or reverse and you are done! … Not really. Choose the difficulty wisely being aware of your skill. Once you did so, try again and again and again until you get it at least a little bit right… Just like in real life, only incredibly frustrating! It is only a matter of time - when will the RAGE start? Do not give in, combine your mouse skills with your arrow reflexes and prove you are not a danger in traffic. 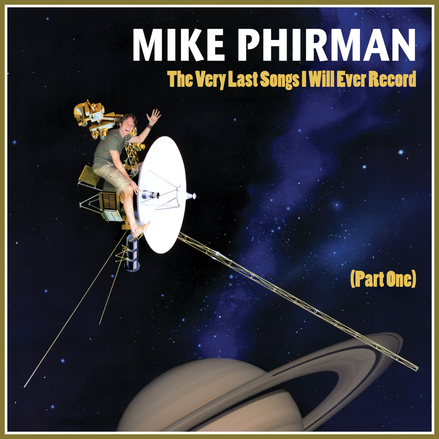 This is the perfect album to listen to while walking, driving, dancing, roller skating, but NOT KILLING PEOPLE.

Mike Phirman is incredibly uncomfortable writing about himself in the third person, so he is going to write his bio in the second person.

You attended UCLA where you received a degree in Philosophy. While at college, you met Chris Hardwick, a fellow comedy enthusiast with whom you began performing a musical act under the name “Hard ‘n Phirm.” Together, you’ve made an album, driven through a lot of corn, and taped a Comedy Central Presents special that you feel went not-too-badly.

You’ve also worked as a visual effects artist for movies and TV. (Don’t tell anyone, but on one episode of C.S.I. in which the camera follows a spark that sets off a car bomb, if you play it frame-by-frame, the spark briefly spells out “Hi Mom!”)

You love folding laundry and were born without a sense of smell.

You made a solo comedy music album called “The Very Last Songs I Will Ever Record (Part 1)”. You lost your mind when “Weird Al” Yankovic showed up to perform on one of the tracks.

You are currently recording songs that are meant to be kid-friendly but, at the same time, not so kid-friendly that they can’t be listened to in the car by the whole family without the parents wanting to find you and kill you. You will call the album: “Songs to Sing at Children.”

Most recently, you googled the words “comedian bio what to write”—you found nothing helpful. 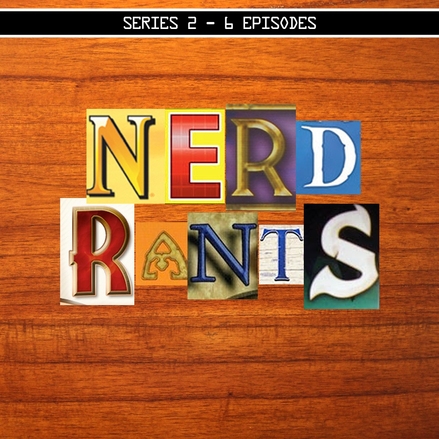 by A Dose of Buckley

Grand Theft Auto V: One Big Cocktease Play
Spider-man: Peter Parker Was An Asshole Play
Fandoms: You're The Reason Why People Hate The Thing You Like Play
Too Many Avengers: No Wonder People Don't Buy Comic Books Play
Bookstores: How Do They Even Still Exist? Play
Let's Plays: Watching People Who Swear At Video Games For Fun And Profit Play
And Now... An End-Rant Rant Play
Nerd Rants 2: Official Trailer Play

Buckley returns to rant about 6 more nerdy topics, including insufferable people who identify themselves as being a part of “fandoms”, the incomplete completeness of Grand Theft Auto V, the baffling continued existence of bookstores, the dickish beginnings of Spider-man, the reasons why people aren’t buying comic books, and everyone’s favourite YouTubers: “Let’s Players”. 6 Episodes, total runtime: 59:18

Written, Produced, and Performed by Buckley Additional voice provided by Moira Special thanks to ANR and Hogan for quality control. 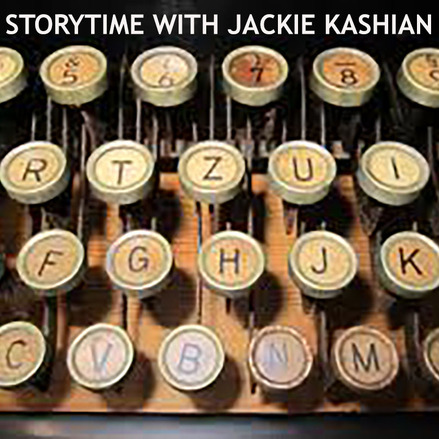 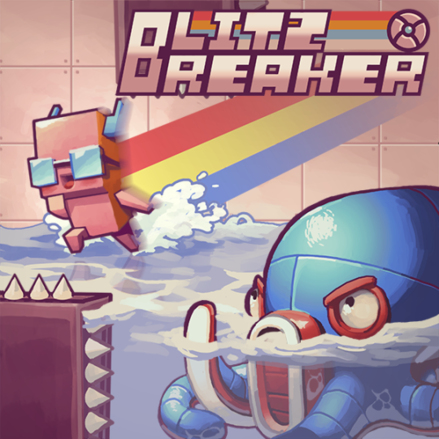 Blitz Breaker is a simple, accessible twitch platformer with one small change: Your character can’t run. Play as an adorable little robot named Blitz, where your goal is to escape the factory you were built in. The problem is that it seems like everything is trying to break you! That is, with the exception of Chip: A friendly computer helper who is totally your friend! 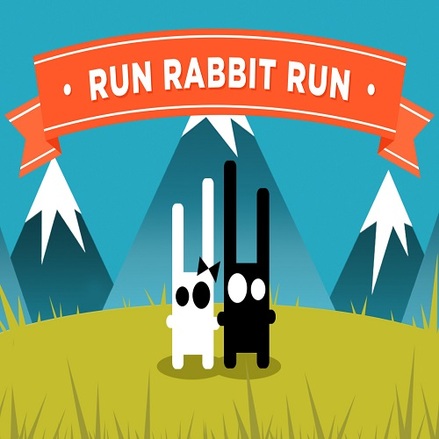 Are you a big fan of platform games? Can your nerves tolerate a high level of difficulty? If your answer is yes, then get your jumping skills ready for a new Super Meat Boy and Defrag (Quake3Arena) inspired platformer Run Rabbit Run! Run Rabbit Run is a dangerously addicting and delightfully challenging game about a bunny angry for carrots. The bunny runs and jumps. And guess what? It also dies a lot. Will you manage to leap over increasingly perilous obstacles and keep your bunny in one piece? Skillful control of jumps, velocity and inertia will allow you to succeed. 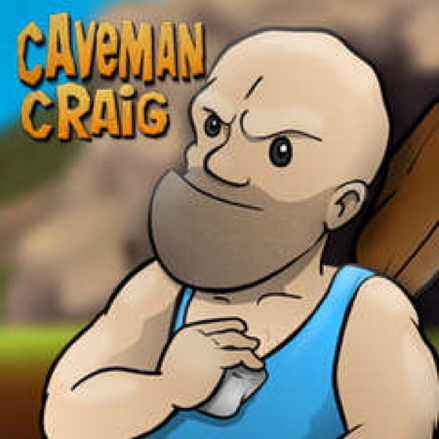 A unique strategy/survival game set in a prehistoric world of dinosaurs and cavemen. Play as Craig and decide the fate of man as you hunt, gather, and prepare your way to victory! Demonstrate new skills to your cavemen so they can contribute to the survival of your people! 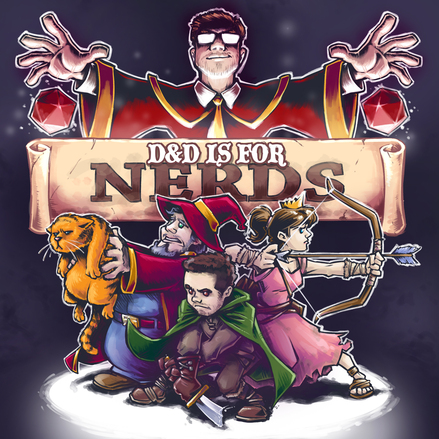 In which we sit around a table, pretend to be different people and play some good old fashioned Dungeons and Dragons. Starring Jackson B. Baly as a human fighter, Joel L. Zammit as an orc wizard, Leo James as a half-elf ranger and our favourite DM, Adam. It’s a magical time inspired by fantasy worlds such as World of Warcraft, Discworld, the Hobbit and Lord of the Rings where anything can happen, especially horses. New episodes every Sunday!

Plumbing the Death Star. Shut Up a Second. Movie Maintenance. D&D is For Nerds. Comedy podcasts by a bunch of idiots and two Joels. 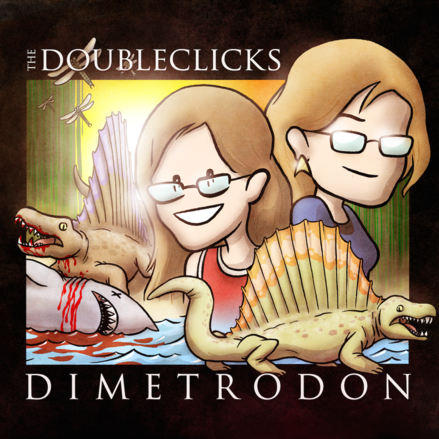 Cats and Netflix Play
Unstoppable Force Play
Dimetrodon Play
Ennui (On We Go) Play
Where Did You Go? Play
Wonder Play
Internet Troll Play
Working For Me Play
Tabletop (featuring Adam Warrock) Play
Godzilla Play
Love You Like A Burrito Play
Will They Or Won't They (live in Seattle) Play
Clever Girl (live in Seattle) Play

Dimetrodon is the third studio album by the Doubleclicks, full of songs written for the Internet and about love, games, food and prehistoric creatures.

This album was produced by Mike Phirman and The Doubleclicks. Released June 10, 2014

Dimetrodon by The Doubleclicks was produced by Mike Phirman and the Doubleclicks. This amazing album art was all done by Kris Straub. The enclosed poster was created by Lar DeSouza.

The Doubleclicks are a pair of Portland-based sisters who sing about Dungeons and Dragons, Mr. Darcy, and Dinosaurs. The Doubleclicks’ clever brand of nerdy folk music has been called “relentlessly likable” and “face-meltingly wry.” Their fans tend to be software developers, writers and their loved ones, as well as anyone who loves Star Trek, grammar, dinosaurs or video games.