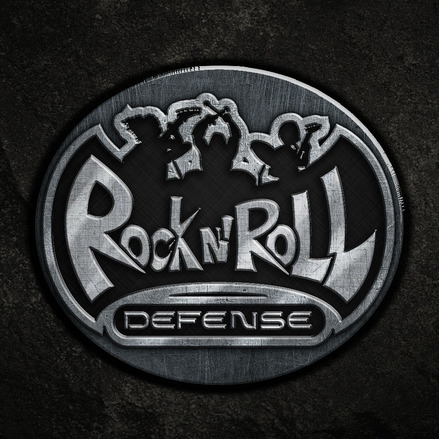 Rocked by an explosive soundtrack, choose your band, place your equipments and defend the Rock ‘N’ Roll from everyone and everything who try to pull it down, on a totally hardcore tower defense! 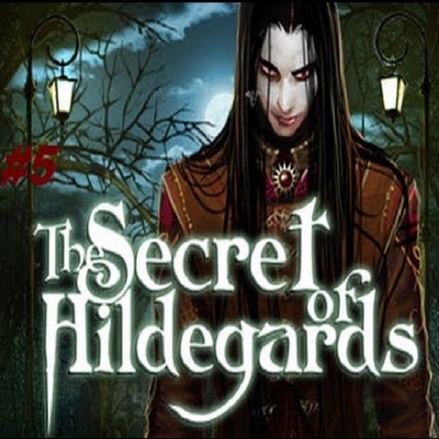 Abigail Hildegard, daughter of the leader of secret order, once she was told that her father disappeared. She should go to the family estate, headquarters of the Order, to find out what happened. She finds the family butler there . He was lucky not to suffer in a raid on a house and told Abigail that a secret weapon is kept in the house. And with it help it will be able to rescue her father out of trouble.One day, lady Hildegard got message from her father.

Here is what he wrote: “Abigail, if you’re reading this, then my fears have been realized. Talbot, my brother and your uncle,has betrayed the family. He has succumbed to the Dark side and opened the Gates. Now all the evil that our family has damned to eternity in the name of God and the Crown over the centuries shall rise again. I implore you to be wise and take your rightful place as the head of the house of Hildegard. And remember that you are not alone. The time has come to wake Adalar from his dream. 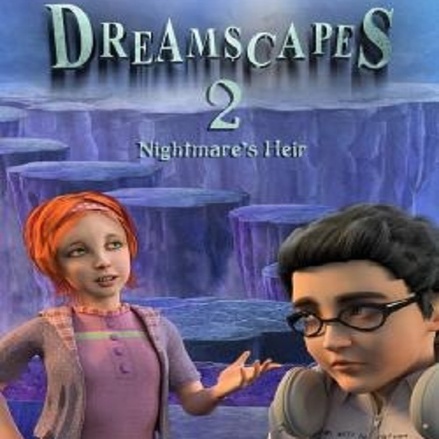 Laura doesn’t suffer from nightmares anymore. But, despite the fact that it has been 2 years since she came out of the coma, she is haunted by the promise of Sandman to take revenge. Laura and Tim go to ski resort hoping to distract Laura from heavy thoughts.

There, on the edge of the world, misfortune befalls her. Tim goes out of the house in a fit of lunacy and falls off the cliff. He did not die, but is in a coma. It is not hard to guess that the fall off the cliff and coma are caused by intrigues of the Sandman. 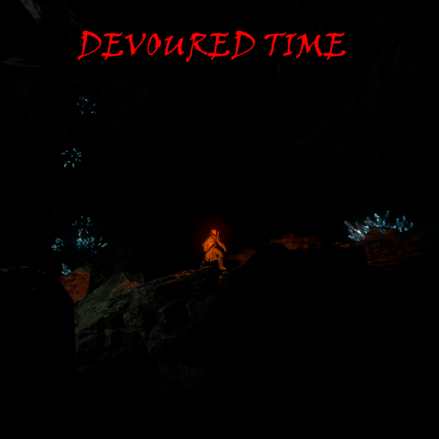 Devoured Time is an RPG with some survival and strategy elements mixed in. The core gameplay is very standard in terms of an RPG. You must complete quest, find better gear, and kill enemies. There will be crafting, skills and leveling to go along with the core RPG experience. Where Devoured Time sways away from the standard RPG is the mix of survival and strategy. During the course of the game your will need to tend to wounds, mend broken bones, and fight off infections. The crafting system will play a heavy role in survival to. There is a strategy aspect of the game; if you’re familiar with Suikoden then you will have a good idea of what I’m going for. You will be rebuilding your home base and even help rebuild other towns. When you have enough followers you will be able to send units off like final fantasy tactics did to reclaim land and other goals. Besides the combat you will need to manage your towns, gather resources, and many more tasks. 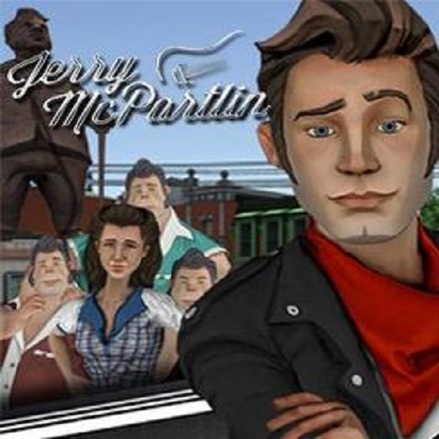 Jerry McPartlin - Rebel with a Cause

This couldn’t have been everything. Plain, humdrum and ordinary. This is life in Barnett Springs. Jerry has imagined his life completely different. A Rockstar! That is Jerry’s ambition. Leaving Barnett Springs and living the Rock’n’Roll life to the max. Seems like destiny had other plans though.

Since his parents disappearance years ago, nothing is going as planned. A record label’s Big Boss has taken over the city; Jerry’s rival (and former boyhood friend) Jimmy Lash can be heard hootin’ and hollerin’ on every radio; and his relationship with Luna-Lee, owner of the local diner, is going nowhere. 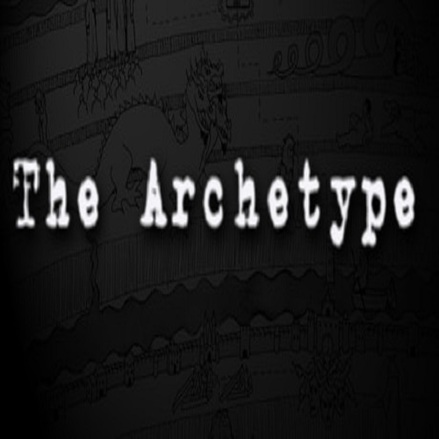 Archty Tolomei is a 9 years old boy that lives with his dad. In 2008, his mom left the house with his two sisters and a little baby, only to come back in 2009 asking for forgiveness. During a huge fight, Lisa, one of Archty’s sisters, called 911. When they arrived, Archty’s father claimed she stormed out again with the children, but Archty had a feeling they were all still in the house.

The Archetype is a psychological-horror where you’ll be in control (or not) of Archty’s psychological aspects, like Fear, Despair, Anxiety, Sadness, Jealousy, Anger, Aggression, Libido, Envy, Guilt, Depression and Solitude. As you explore the 4 chapters of Archty’s life, you’ll have to deal with his anxiety disorder and schizophrenia. 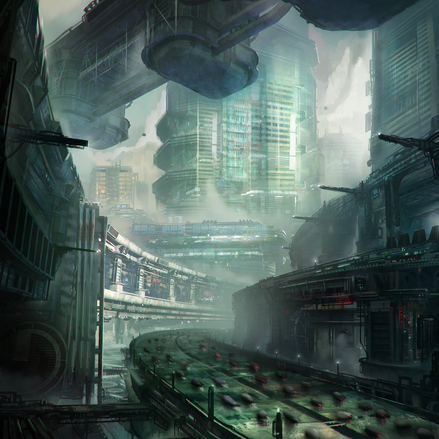 Welcome to the city state of Lucitania.

I thought I was born to make music with wood and brass. Now I’m just sitting on top of this little star, holding pieces of metal and plastic in my hands. 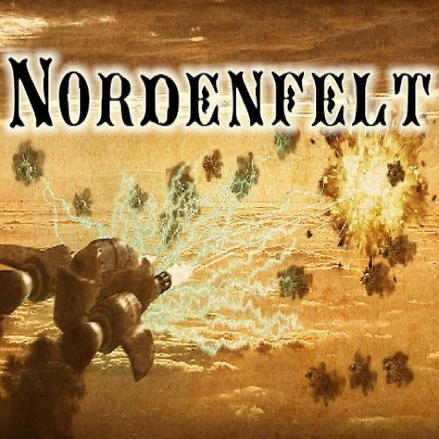 Nordenfelt is a steampunk shoot ‘em up game for Windows.

The game is set in an alternative history timeline where steam-powered machines are still the state of the art. Mechanical behemoths are invading the lands, just to get shredded to pieces by you.

It’s your turn now to shoot your way through masses of obscure vehicles while dodging hails of bullets. Unlock powerful equipment and send those intruders back to hell even faster. 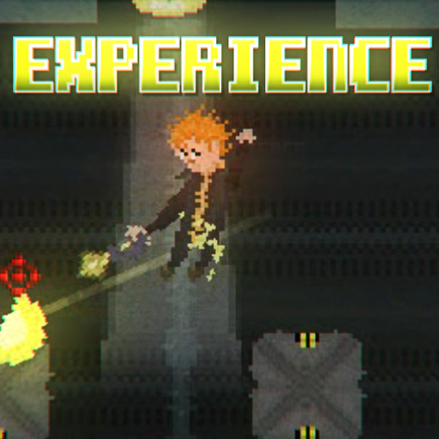 You are a scientific experiment, which managed to escape from the lab. You have no aim, no family, nothing. That’s exactly why the main character aimlessly wanders through various locations destroying everything that could be a threat to it. You have to go through 20 challenging levels in four different locations . Kill the enemies , upgrade your gun and skills . Defeat all the bosses !

You are a scientific experiment, which managed to escape from the lab. You have no aim, no family, nothing. That’s exactly why the main character aimlessly wanders through various locations destroying everything that could be a threat to it. You have to go through 20 challenging levels in four different locations . Kill the enemies , upgrade your gun and skills . Defeat all the bosses !